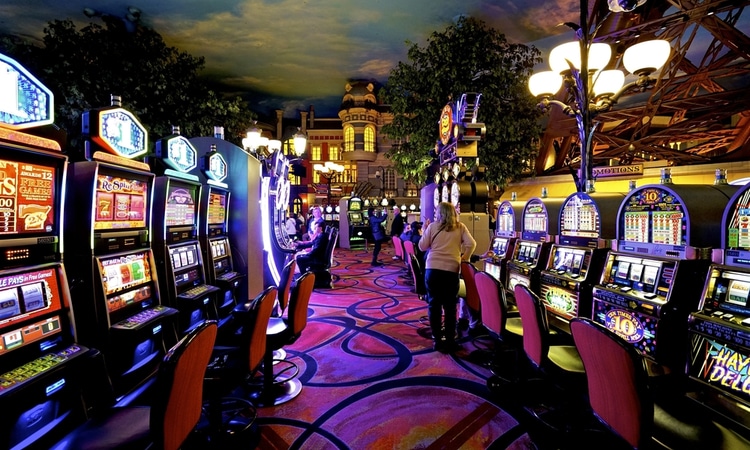 The Pennsylvania Gaming Control Board (PGCB) heard an unusual request from a casino last week: Please let us reduce our number of slot machines.

And after hearing the rationale from Harrah’s Philadelphia for removing 563 machines from the gaming floor — that it would create better spacing without any expectation of reduced revenue — the board granted the request.

So the Delaware County racetrack-casino, which boasted nearly 3,000 machines when facing less competition a decade ago, will settle in now at 1,700 as the right number.

Chris Albrecht, senior vice president and general manager of the casino, said the latter number is more than sufficient in the increasingly competitive Philadelphia-area casino market. The 1,700 is actually an increase of sorts, he noted, in that the casino has had only about 1,300 machines in use — due to capacity and social distancing restrictions — during the COVID reopening era. Plenty of machines will still be available even during Harrah’s busiest weekend times, Albrecht assured.

According to Harrah’s presentation, “The new layout will provide a more comfortable gaming environment for our guests and we do not anticipate any revenue loss from this reduction.” Furthermore, the presentation outlined how there has been “significant oversupply and underutilization of our existing slot machines.”

State has its own financial interest at stake

While determining the right number of machines to offer customers would seem a decision for casino executives rather than regulators, the gaming board also has an interest in the topic as the state’s overseer of the industry. More than any other state, Pennsylvania’s legalization of casinos and other gambling has been premised on generating tax revenue. When casino revenue goes down, so does state revenue.

And for all the talk of how Pennsylvania has benefited from new online casinos, slot machines remain the primary earner for the industry. They generally generate about $2.4 billion in annual revenue — though less in the past year due to COVID shutdowns and cutbacks — with 54% siphoned as government taxes.

Casinos customarily have leeway to tinker with their gaming-floor configurations and machine numbers through communicating with the gaming board’s staff, said PGCB spokesman Doug Harbach, but big changes go to the seven-member board for review and approval.

“It is rare for a matter of slot addition or reduction to come before the board unless it is significant, normally a 10% or more reduction in the number of slots,” Harbach said by email. “Instead, the executive director has authority to approve or disapprove such a matter, though he or she could decide that a matter should come before the board … due to any potential impact on revenue.”

In the case of Harrah’s, Albrecht noted in his presentation, slots revenue has been steadily declining over the years regardless of the number of machines. It once had only a single competitor in its southeastern Pennsylvania market and now has four.

The chart below shows the decline in Harrah’s May slots numbers every two years since 2008, while skipping over May 2020, when the casino was closed:

Will other casinos cut slots?

Harrah’s may not be the only casino that will now want to reduce its number of slot machines, though Harbach said no similarly substantial request is currently pending with the board.

Albrecht said there is a benefit to flow and visualization on the casino floor, as well as customers’ comfort with their health and safety, when there are fewer machines and they can be grouped more in round configurations rather than side by side in long rows. Other venues may have the same thoughts as a result of observing patrons’ machine use in the COVID era.

The machines Harrah’s will get rid of average 10 years in age and are the ones least utilized by customers, Albrecht said.

Prior to COVID closures, 12 casinos then operating in Pennsylvania generally had about 25,000 slot machines available. That number was down to 15,659 last July after reopening with restrictions. By May, the number was back up to 22,496, but that was with the help of two newly opened casinos, the Live! properties in Philadelphia and Westmoreland County, which had a combined 2,673 machines.

Albrecht noted there are some cost savings that come from reducing the number of machines, in terms of their maintenance, slot attendants’ time, and collecting the “drop” from them. However, he said no staffing reductions will accompany removal of the 563 machines.