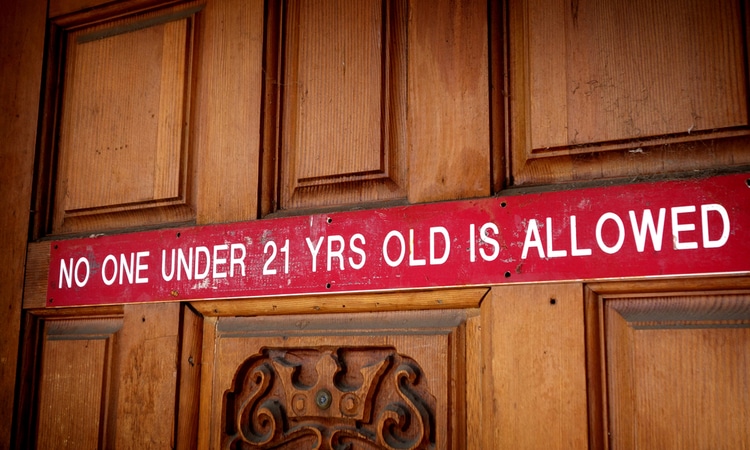 State regulators have imposed a $10,000 fine on Parx Casino for a September 2020 incident when an 18-year-old accessed the gaming floor and played slot machines for less than a half-hour.

The Pennsylvania Gaming Control Board approved the fine Wednesday under a consent agreement with Greenwood Gaming and Entertainment, which owns the Bucks County racetrack-casino. The company self-reported the violation of state law, which prohibits anyone under age 21 from gambling in a casino or even being on the gaming floor. It has been the most common type of problem leading to fines against casinos in the state.

A description from the board’s Office of Enforcement Counsel during the agency’s regular monthly meeting revealed that the underage male was able to take advantage of COVID-19 protocols that were in place 13 months ago. While security staff at a Parx entrance were busy checking incoming patrons’ temperatures and handing out masks, the teen slipped into the facility when their backs were turned.

The violation was only detected later, when that same individual driving out of a casino parking area for some reason threw exploding firecrackers out his car window. The gaming board’s staff said that led to a followup investigation by state police assigned to the casino, turning up information on who was driving the vehicle and his age.

Gaming board Chairwoman Denise Smyler raised a concern about whether there could have been many patrons unchecked for COVID symptoms getting into the casino during the height of the pandemic, since the underage individual was able to do so and could have been spreading the illness. Parx officials responded, however, that there were no other such incidents.

Another type of problem involving those too young to be legally inside a casino came up again during the Pennsylvania board’s monthly meeting — the issue of minors left unattended in cars by casino patrons.

In this case, however, board members had praise for one operator, Rivers Pittsburgh. While the board added to the state’s involuntary exclusion list Douglas Corbett Jr. based on findings that he had left an 11-year-old unattended in the casino’s parking garage, the board’s staff noted that a roving security officer for Rivers Casino spotted the child within two minutes after Corbett left the vehicle. The officer was able to remain with the child until Corbett was tracked down through surveillance cameras and returned.

“The system worked,” said board member Sean Logan, who has been a frequent critic of casinos — and of the state agency’s own enforcement conduct — concerning the problem of unattended minors. “That’s all we’re asking, is for additional security and cameras to keep eyes on these folks.”

As an example of how the issue won’t go away, not just Corbett but two other individuals were placed on the board’s involuntary exclusion list for the same type of infraction. There was a second such occurrence at Rivers Pittsburgh, in addition to one at Valley Forge Casino Resort.

Individuals placed on the involuntary exclusion list are permanently barred from all Pennsylvania casinos, with their photos and descriptions of their violations posted on the gaming board’s website.