Villanova Has Had Hiccups, But Stands 9th In Odds To Win NCAA Title 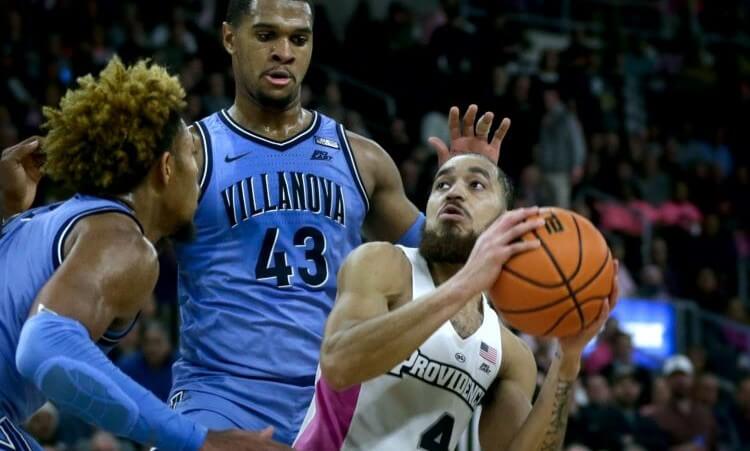 Villanova’s game hosting Providence Tuesday night had the potential to be so much more meaningful, if the Wildcats had held onto a late lead a week ago.

Instead, Villanova succumbed at Connecticut, 71-69, costing coach Jay Wright’s experienced and still dangerous team a chance at the Big East regular season title and the top seed in next week’s conference tourney at Madison Square Garden.

It is the surprising Friars (24-3, 14-2 Big East) who have secured those positions atop the Big East, even if the Wildcats (21-7, 14-4) are still heavily favored to beat them Tuesday night in the hosts’ next-to-last game of the regular season.

Though Villanova has slipped a bit in the AP national rankings — 11th now, as opposed to No. 4 when the season started — it remains a contender for the national title and the favorite in the March 9-12 conference tourney in New York.

The Pennsylvania online sportsbooks all provide odds on which team will win the NCAA Tournament, and all make Gonzaga the favorite at between +350 and +400. After going back another eight or so teams — past Arizona, Kentucky, Purdue, Auburn, Kansas, Duke, and Baylor, in some order — there sits Villanova.

DraftKings, Betway, and Caesars offer the best return on the Wildcats achieving their third national championship since 2016, at odds of 25/1. FanDuel is close to that at 24/1, and the sites using Kambi odds, such as BetRivers, Unibet, and TwinSpires, are at 23/1.

While Villanova’s seven losses include surprising ones to Marquette (twice) and Creighton, they have played one of Division I’s toughest schedules and played well of late. Outside the conference, the losses came against Baylor, Purdue, and UCLA.

The season’s highlight came two weeks ago in an exciting 89-84 road win at Providence, after which it appeared the ‘Cats might overcome some early season stumbles to again finish first in a conference they won six of the past eight years.

But after Villanova lost to UConn to end a five-game winning streak, it was the Friars, now ranked No. 9, who instead sewed up the regular season championship by thumping Creighton Saturday.

There should still be plenty of energy at Finneran Pavilion Tuesday night for a nationally televised game (FOX Sports 1) featuring the Big East’s top two teams.

Despite Providence’s edge in record and ranking, the sportsbooks all posted the Wildcats as 9.5-point favorites Tuesday morning. FanDuel made itself the best choice for a Villanova bettor by reducing the vig to -106 to give those points, and it also offered the best moneyline price, though still a hefty -465. The points total over/under was generally set at 134.5.

The Wildcats’ strength is a versatile, senior-laden lineup headed by Collin Gillespie, averaging 16.6 points per game. He is joined by junior guard Justin Moore (15.3 ppg) and 6-7 senior swingman Jermaine Samuels (10.2 ppg) in leading the offense.

The worst stumbles have come when they and the rest of the team can’t shoot well, such as in a dismal 57-36 loss to defending national champion Baylor on Dec. 12.

An injury to Gillespie last year prevented him from participating in March Madness, but Villanova still made it to the Sweet Sixteen without him. Coach Wright, in his 21st year, always seems to know how to get the most out of teams that might not be as big as opponents. The Wildcats rely in the post on 6-foot-8 sophomore Eric Dixon (9.7 points, 6.6 rebounds per game).

Despite Providence winning the regular season, FanDuel has already listed Villanova as the favorite to win the conference tourney at +170, followed by Connecticut (+300) and then Providence (+500).

Some of the sportsbooks also offer current odds on teams’ chances of reaching the Final Four. In Villanova’s case, FanDuel, DraftKings, and Betfred are all in agreement in listing the Wildcats +400 to get that far.