Will Vocal Opposition To Proposed Centre County Mini-Casino Matter In The End? 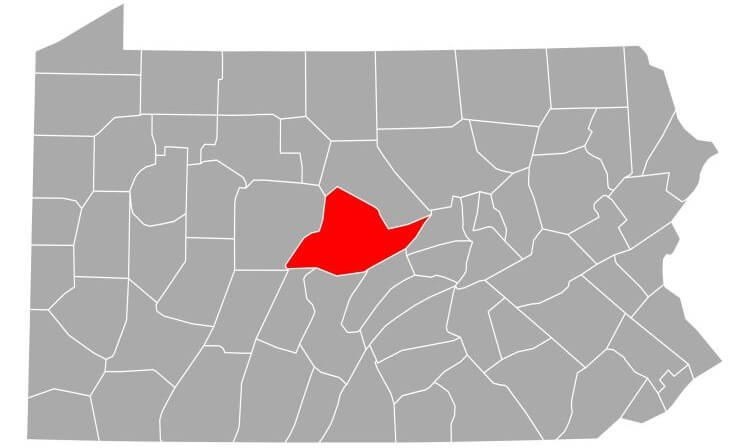 The Pennsylvania Gaming Control Board heard minimal local opposition at a hearing nearly 10 months ago concerning a mini-casino proposed near State College and Penn State University, but a groundswell against it has materialized since then.

The PGCB has received well more than 500 letters opposed to the plan for the small-scale Nittany Mall casino that has been put forward by Philadelphia investor Ira Lubert, a former leader of Penn State’s board of trustees, in partnership with Bally’s Corp. Those opponents outnumber by about 9-1 the public comments showing up on the board’s website in support of the project that would occupy a former Macy’s at the mall in College Township, Centre County.

In addition, grassroots organizers of opposition note there have been dozens of letters to the editor in the local media objecting to the mini-casino, and they say more than 1,700 individuals similarly opposed have signed petitions that have been circulated in the community.

The key question, as both the developers and opponents await the board’s scheduling of a second hearing and a formal vote on the project, is how much influence is carried by the broad array of individuals who have no direct role in the proposal other than that they live nearby.

“Public comment is just one of the myriad information that the board members can review and utilize as each individually determines if they believe the license should be granted,” board spokesman Doug Harbach said in an email response to Penn Bets.

Meanwhile, Andrew Shaffer, a State College resident serving as a spokesman for opponents, said in an interview, “We’re really counting on them to do their job as public officials and not only look out for the good of the casino developers, but for the entire community.”

Background on the application

Legislation enacted in 2017 created a process by which Pennsylvania could have had up to 10 mini-casinos developed, tethered as satellites to any of the 13 other casinos in the state. The idea was that, with up to 750 slot machines plus 30 to 40 table games, they would offer a form of convenience gambling in less-populated parts of the state distant from major metropolitan areas and existing casinos.

Three of the mini-casinos have since opened in Westmoreland, York, and Berks counties, and Parx Casino is developing a fourth to open later this year in Shippensburg, Cumberland County.

The Centre County mini-casino, if licensed, would be the fifth and last of them, as saturation of Pennsylvania’s market limited the extent of bidding by companies in gaming board auctions to seek additional licenses for them.

In the last auction, in September 2020, Lubert bid $10 million to win the right to pursue his proposal near State College. The Cordish Companies (operator of the two Live! casinos in the state), which has identified itself as a losing bidder, has filed a Commonwealth Court suit against the gaming board attempting to have Lubert’s bid thrown out based on technical violations of the 2017 law.

A decision in that case is pending, and the gaming board has given no indication that the litigation is the reason it has yet to hold a necessary followup hearing in Harrisburg and vote on Lubert’s licensing. Harbach said those will be scheduled “when all information from the background work has been gathered and the application is ripe for board review and determination.”

(It is believed that the Cordish Companies bid involved intentions to use the same vacant space at Nittany Mall, although it has not explicitly stated that to be the case.)

At the board’s required local public input hearing in State College held Aug. 16, there was only one strongly vocal opponent against the Lubert-Bally’s project, not hundreds. Multiple local officials endorsed it for the potential jobs, economic and tourism benefits, and the boost it would provide a declining mall.

“There was very little attention drawn to that meeting in advance,” Shaffer said by way of explanation, noting he himself was unaware and did not attend.

“Most people I spoke to afterward didn’t know about it. Those who did were primarily the casino developer and his supporters, because they are involved in the project and know about it. The rest of the community was just going about their daily lives, trying to get through COVID, and it just didn’t come up on people’s radar.”

But growing media attention prompted Shaffer and others to take notice. Their letters to the editor criticizing the proposal began appearing frequently in the Centre Daily Times. He and a few other activists began networking in an informal way, leading to creation of a Say No Casino Facebook group with 201 members now and a saynocasino.org website to place petitions and provide information.

The cons and pros arguments

The more than 500 individuals writing to the board objecting to a Nittany Mall mini-casino provide a wide range of objections, though their overriding themes include the following:

One April 13 letter from Anne Bastian of State College sums it up thusly:

“A casino will only increase crime, gambling addiction, poverty and other serious problems among students at Penn State University and residents in the Centre County. An increase in these issues do not align with the family-oriented and educationally-focused Happy Valley where we reside.”

The smaller number of area residents writing in support of the project argue that the area needs jobs, the mall needs revival, and the vocal opponents shouldn’t be able to determine how people who enjoy the gambling pastime as recreation are able to spend their time.

“I feel this added business will rejuvenate the area and spur further business investment and development. Those opposed are simply repeating decades old fallacies about gambling and the gaming industry.”

Deadline for public comments is June 12

The PGCB has been receiving comments on both sides ever since last July — a time frame it said was longer than usual in taking COVID-related circumstances into account — but it announced last week that it will be closing that process shortly. Individuals have until June 12 to submit additional comments by email to: boardclerk@pa.gov.

Shaffer, a 41-year-old father of two who works in software development at Penn State, has himself written numerous letters to the board and to the Centre Daily Times against the project.

For him, it has partly to do with the impact of the Valley Forge Casino Resort in Montgomery County near where he grew up, which he believes has harmed numerous people who can’t afford to gamble but are enticed to do so anyway.

He also believes the economic benefits of a casino to the local community are oversold. At last August’s local hearing, Lubert and his associates outlined a $123 million investment planned in a project they have said would raise $100 million in annual revenue and provide 350 steady jobs.

Shaffer contends that while the casino industry might be a draw attracting tourists to Las Vegas or Atlantic City, it has diminished value in an increasingly saturated Pennsylvania, where any misfortune suffered by those doing the gambling stays right in the local communities hosting casinos.

The gaming board has certainly heard such comments before in considering applications from other casino developers who were approved, but not typically to the extent of the opposition in Centre County.

In both 2006 and 2011, proposals for a casino in the Gettysburg area reached the board for consideration, accompanied by a groundswell of protest from residents who found it inappropriate for the historic setting. In each case, the seven-member board chose to award licenses to competing applicants who proposed casinos elsewhere in the state.

The difference is that there will be a straight up-or-down vote at some point on the Lubert-Bally’s proposal, with no other options for the board to consider for a fifth mini-casino.