This Pennsylvania Border State Has Begun Its Own Gambling Expansion

On the heels of Pennsylvania's 2017 passage of a transformative gambling expansion, a neighboring state is pursuing some of the same measures. 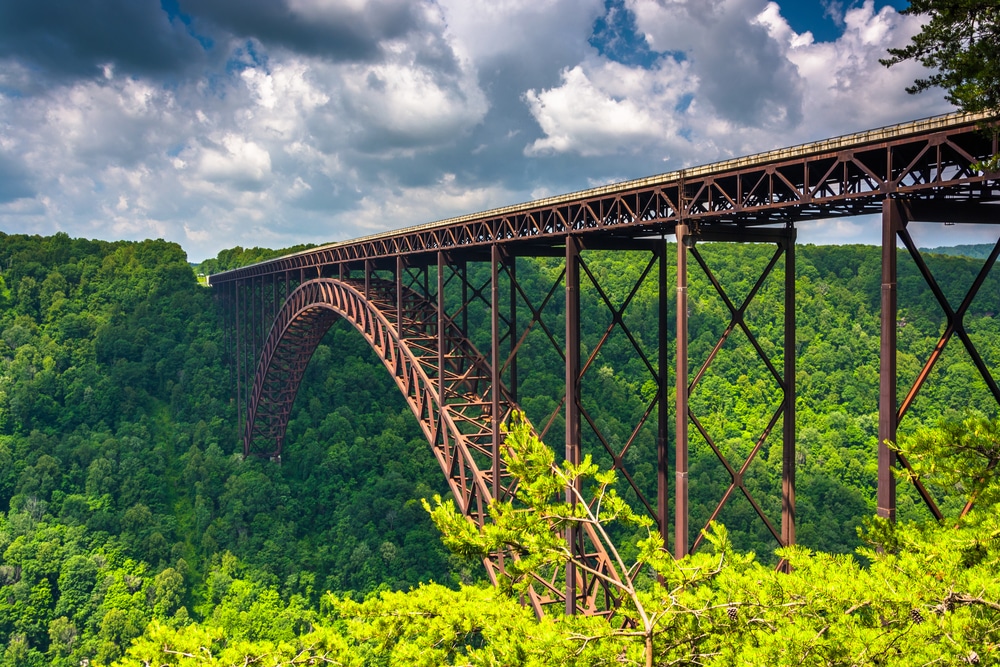 Pennsylvania made big waves last Fall when its legislature, after years of debate, passed a gambling expansion law that will change the outlook of the casino and gaming industry throughout the region.

Now its smaller, more economically distressed southwestern neighbor is looking to take a page out of their playbook.

On Friday, West Virginia became the first state in 2018 to pass legislation to legalize sports betting, and could be one of the first states taking bets if the Professional and Amateur Sports Protection Act (PASPA) is overturned by the Supreme Court this Spring.

West Virginia casinos already serve many who reside in the Keystone State. Two of the state’s five casinos are within ten miles of the PA state line, and another is about a 45 minute drive.

Mountaineer Casino, located about an hour from Pittsburgh in the northern panhandle of WV, became the nation’s first “racino” in the mid 90’s and added table games in 2007. Wheeling Island Hotel-Casino-Racetrack also added a modern set of casino games in 2007, putting the two WV venues in reach for Pittsburgh area customers.

For a few years, these two WV venues were the only casinos within an hour of Pittsburgh to offer table games, and since 2010 they’ve been in direct competition with Meadows and Rivers to serve Pittsburgh area gamblers.

Hollywood Casino at Charles Town Races is also within an hour of PA, though it’s more known for serving Maryland and the Washington D.C. area than any particular Pennsylvania market.

What’s going on in WV?

On Friday the West Virginia legislature legalized sports betting, pending the Supreme Court’s finding in Murphy v. NCAA. The bill passed both legislative chambers, and Governor Jim Justice released a press release confirming that the bill had passed into law. While WV casinos will not be able to take bets immediately after passage, a favorable ruling by the Supreme Court would leave the state in position to get started quickly.

West Virginia could be at a distinct advantage over Pennsylvania in competition for bettors within reach of venues in both states. While Pennsylvania included sports betting in its expansion package, the 36% tax rate makes running a profitable sports book almost completely impossible. If PA casinos pass on sports betting, due to the $10 million license fee and high tax rate, West Virginia venues could profit from the much more reasonable cost structure in the new law. The state’s casinos only have to pony up $100,000 for a license, and will then be subject to a 10% tax.

State Delegate Shawn Fluharty, one of the most vocal supporters of sports betting legalization in WV, has also been calling for the legislature to push ahead with online gambling legalization since Pennsylvania did the same last year.

With PA passing sports betting, online poker and daily fantasy legislation today, WV must act this session or be left in the dust. #wvpol

In addition to having at least some support in the legislature, the licensing of online casinos and poker is backed by the WV Lottery, which regulates casino gambling throughout the state.

West Virginia, in terms of gambling, was a very different place when I was growing up in Charleston, the capital. Sure, there was the dog track out in Cross Lanes, along with a handful of racetracks in the state’s panhandles. There was frequent talk of putting a casino in the famous Presidential Bunker at the Greenbrier Resort in White Sulpher Springs, but the idea never went anywhere.

Things changed in 2007 when the state legalized casino gambling, and within a few years each of the state’s four racetracks had incorporated slots and table games. The old dog track, just 10 miles outside Charleston, became Mardi Gras Casino and Resort, while the other tracks primarily focused on customers in major markets across state lines.

The Greenbrier also came along for the ride, finally adding a casino (though not inside the bunker). Unlike the others, however, the casino at The Greenbrier is only open to guests of the five-star resort.

Just a decade ago, West Virginia went from a state with no casinos at all to one that depended on them heavily for revenue and jobs. As the state continues to struggle to pay decent wages to public employees and to cover other important expenses, these jobs and this revenue are ever more crucial.

This is happening, and online gambling could too

With Friday’s passage, West Virginia is officially the first state in 2018 to pass legislation aimed at legalizing sports betting, and sixth overall in recent years. There was little opposition in the legislature, even in the face of petulant whining by Major League Baseball Commissioner Rob Manfred.

Online casinos and poker may still be a few steps behind, but don’t expect the state to wait too long on those either. As Fluharty stated, WV does not want to get left in the dust.

All Eyes On GM Morey As Another Uncertain 76ers Offseason Begins
May 16, 2022