WSOP.com Has Arrived In PA — And Has A Lot Of Catching Up To Do

Day 1 traffic was sparse, but it's way too soon to assess extent of PokerStars’ first-mover advantage 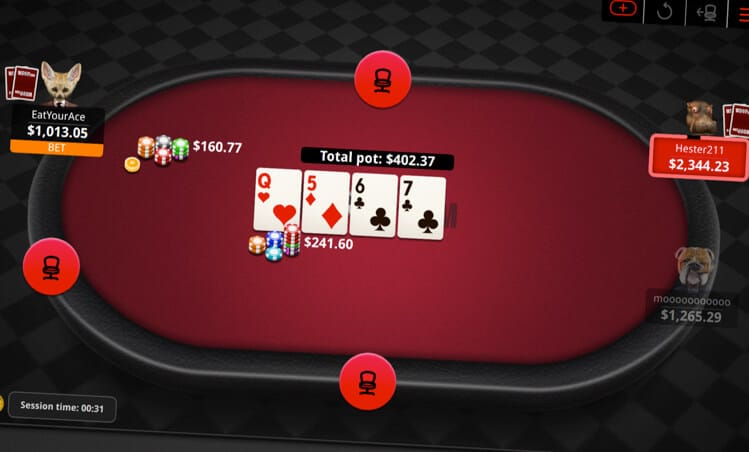 On Thursday at 1 p.m., after three days of “soft launch,” Pennsylvania’s third (or fourth, depending on whether you view BetMGM and Borgata as one) regulated online poker site, WSOP.com, began officially dealing virtual cards.

We are now LIVE 24/7 in PA 🚨 😍 Offering the best sign up offer, the most rewarding loyalty program, and the biggest tournament series in the industry awarding the prestigious WSOP Gold Bracelet. Don’t just play online poker, play where legends are made.https://t.co/UWDo0w0QCf pic.twitter.com/dwtLfmkd5d

It’s a big deal (pun semi-intended). The World Series of Poker is the name brand in the industry, even if the online arm is light years behind its in-person counterpart, which has been going strong for a half-century and deserves almost all the credit for popularizing tournament poker.

But so far, in these admittedly very early days, it’s not nearly as big a deal as it was when PokerStars PA launched in November 2019.

Maybe that’s due in part to the fact that PokerStars sponsored Chris Moneymaker way back in 2003 and has been the most respected name in online poker for a sizable percentage of the years since, whereas WSOP.com didn’t become a place to play poker for real money until a decade later.

But mostly, it’s due to how the first site to enter a state is a total game-changer for eager online players, while the third site is like that extra basket of fries that someone ordered for the table: It’s nice to have as an option, but nobody’s going hungry without it.

Not too many cars on the road

Penn Bets kept an eye on the traffic in the WSOP.com no-limit hold’em cash games on Thursday’s official opening day, and it was tepid to say the least. Here are the numbers we saw every two hours, starting a half-hour into the action:

At most times of day, the games ranged from 5-cent/10-cent blinds to $2/$5 blinds, with a brief run of a $5/$10 table being the highest stakes we noticed. That dip in participants during the dinner/evening commute portion of the day is not unusual, but the dearth of players total — again, understanding that it was only the first day and the word is just getting out that WSOP.com has arrived in the Keystone State — is striking.

This is not an apples-to-apples comparison, because PokerStars keeps a constant tally of the total players on the site, encompassing cash games, tournaments, and sit & gos, whereas our WSOP numbers are for NLHE cash only, but the gap on Thursday was staggering. We found the following PokerStars traffic:

As for WSOP tournament traffic, it was more encouraging than the cash numbers, but still, there was overlay available in every tourney that ran on Thursday, as these screen shots illustrate:

The bracelets are coming

Presumably, those running WSOP.com don’t mind a little early overlay. Certainly, they aren’t afraid to give away money to help kickstart the site. In an email sent to customers Friday morning, they wrote, “This weekend only — we have a $1,000 freeroll EVERY. SINGLE. HOUR leading up to PA’s biggest Sunday tournament, $75K Sunday. Sunday could be your big pay day.”

It’s expected that tournaments will emerge as the primary traffic driver on WSOP.com, as that is the format the World Series of Poker brand was built on.

To that end, the first notable series coming to PA online poker players via WSOP runs from Sunday, Aug. 8, to Sunday, Aug. 15, with online bracelets to be awarded. 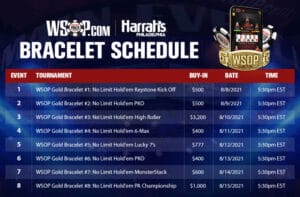 And before long, satellites awarding entries to the in-person WSOP Main Event (scheduled for November this year) will be up and running in Pennsylvania.

But for those without the patience for long, multi-table tournaments, WSOP.com offers an alternative all the way at the other end of the spectrum: “Blast” sit & gos.

Blast is similar to PokerStars Spin & Gos — which only recently debuted in Pennsylvania after proving popular in New Jersey and abroad. A Spin & Go is a three-player, winner-take-all hyper-turbo tournament, which begins with a wheel spin to determine the prize pool — most commonly two times or three times the buy-in, but occasionally landing on a much higher jackpot amount.

The Blast format is similar, with a top possible prize of 10,000 times the buy-in, but with one twist: If the tournament isn’t complete after six minutes, all remaining players are automatically all-in every hand until the game is over. So, if you don’t mind playing a form of poker where skill is of minimal importance — basically, if you’re interested in something in between poker and a slot machine — Blast offers a guarantee that you’ll be finished with your game within about six minutes.

It’s a more expansive menu than was offered during the test phase from Monday to Wednesday. The question for Blasts, sit & gos, and everything at WSOP.com in PA is whether the tables will soon start filling a little faster than they did in the first 24 hours of action.