More than three months in, Pennsylvania has consistently expanded the new iLottery in terms of game selection and promotional offers.

PA Lottery online is now several months old, and growing strong. Since we last examined the iLottery the new market has steadily expanded and evolved. Additional games continue to be added, the promotion cycle has matured, and the first big winner cashed in on a $100,000 prize in August from the reveal game Dabloons.

Let’s take a look at the main developments in what the iLottery now offers, as well as check in on the status of opposition from the casinos.

Since the initial launch of the PA Lottery with a paltry 11 games, the library has now more than doubled. A more respectable 24 instant games are now available.

This is still a far cry from the industry-lauded Michigan lottery, which currently hosts 64 instant games as well as four online Keno games (a category that Pennsylvania has dipped into at retail locations but doesn’t yet offer online).

Still, the proportional increase represents a respectable rate for Pennsylvania’s growth. Continuing on at this pace, by the end of its first year Pennsylvania’s library should be able to stand proudly against any other online lottery in the U.S.

The newest games include Ca$hbuster Bonus, which is now the fourth installment of the popular Cashbuster series to make it to Pennsylvania. This incarnation of the game franchise continues the color collection theme, this time rolling random colors to vertically collect from the base of each individual column. 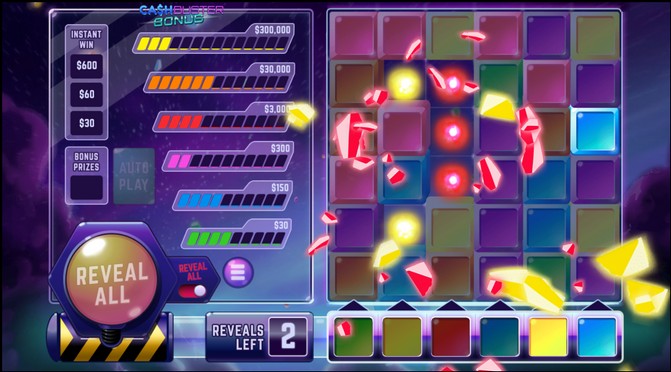 It also offers two rare mini bonus games, a Super Match Bonus in which you get four chances to match 3 colors for an extra cash prize, and a Mega Wheel Bonus in which you continue spinning a prize wheel with added prizes until you land on the Collect section.

Another new game is Spooky 7×7, a large-scale version of a pretty standard line game. The game is played on a 7 by 7 grid filled with monstrous symbols, with random prize values assigned to each of the possible 16 lines on the ticket. 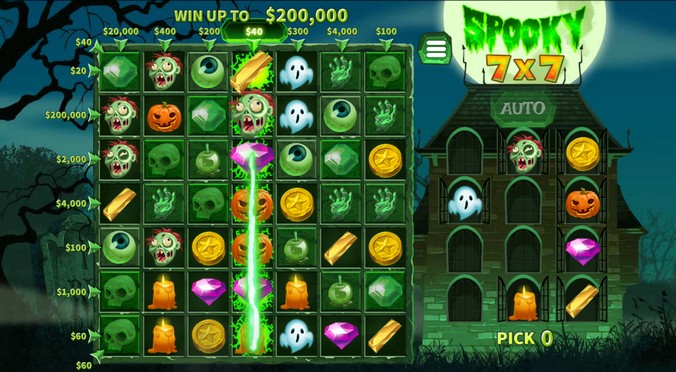 A dozen windows in a haunted house can be chosen manually or automatically, each revealing which player symbols will be scratched off the board. There is no bonus feature. Tickets range from $0.50 to $20, with a maximum prize value of $200,000. Overall odds of winning are 1 in 3.30.

In keeping with the October theme, Big Money Slingo also appears to have gotten a Halloween themed makeover. The changes are purely aesthetic, with seasonal graphics appearing in the periphery of the tickets but the standard gameplay has not been changed. 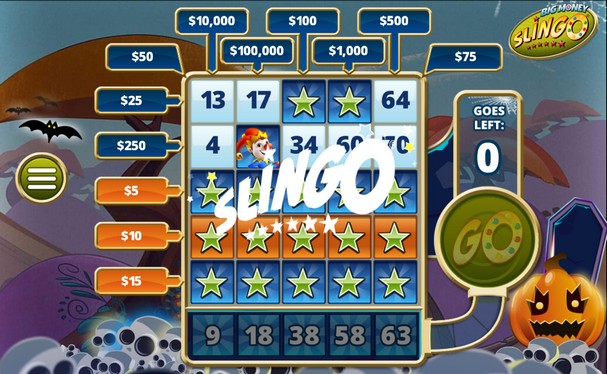 Since launch the promotions offered have also changed. The Welcome Bonus initially included $10 in free play, though this has been reduced to $5. However, there is also a 50% deposit match on your first deposit – up to a maximum bonus of $50 – if you use bonus code DEP50.

In addition, the lottery has added a repeating calendar schedule of offers with a different promotion every day of the week. These vary between deposit bonuses, prize draws, and cash back bonuses on select games.

The Tuesday $2,000 Prize Draw promotion is particularly interesting, as any player that deposits a minimum of $25 can activate the offer and be eligible to win one of 40 prizes of $50 in bonus money.

How is the fight against the casinos going?

Pennsylvania’s casinos have continued their attempts to battle the expanding state lottery, still arguing that new electronic games are unfairly competing in their domain.

In July, the casinos failed to block instant games, with the Department of Revenue deciding the iLottery games were sufficiently different from online slots as long as they made the small concession of altering their marketing materials just enough.

Then in August the conflict was further exacerbated when lottery retail locations gained access to Virtual Sports games, an area that is limited to casinos in other markets. And just as with the instant games, the lottery has a financial advantage in these offerings considering the significant tax rate that the online casinos will be subjected to.

A week later a group of seven Pennsylvania’s casinos together filed a lawsuit to again attempt to remove the instant games, centered largely on the argument that the online lottery allows players as young as 18 while other forms of gambling require players to be at least 21. This is another competitive disadvantage, but appears to be framed mostly in the guise of a moral panic, which is a tricky angle for casinos to pursue.

So far the casinos have had very little luck in the conflict, though it is possible their position may finally grow stronger thanks to an unrelated case. At the end of September it became legal for casino owners to make significant political contributions, a development that could eventually result in a more favorable legislative attitude towards the private gambling industry.