If You’re Ever Gonna Win Powerball, This Is The Night To Do It

After 40 drawings without a winner, Monday's prize is a world record $1.9 billion 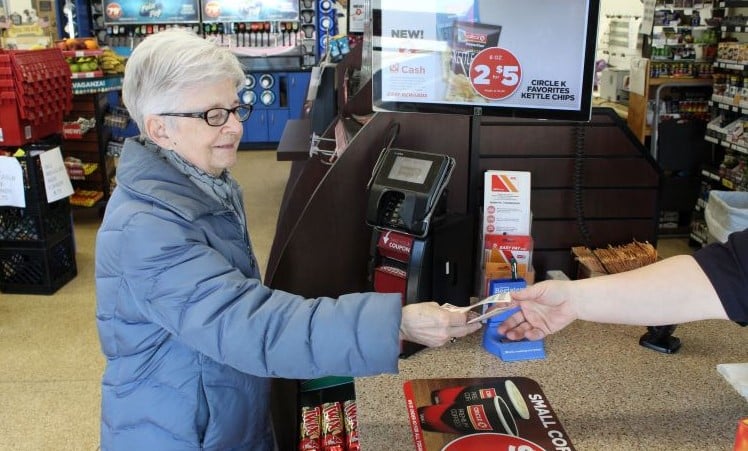 One of these days, someone might win a $20 million Powerball jackpot by hitting all six numbers needed and feel pretty unlucky about it.

That’s because that poor (?) soul would have missed out on the biggest lottery jackpot in world history — Monday night’s Powerball drawing with an estimated prize of $1.9 billion. It grew to that Muskian/Bezosian level after no one across the country was able to win the top prize for the 40th consecutive drawing on Saturday night, which was potentially worth just $1.6 billion.

So now, millions of Americans across 45 states will be unusually awake and attentive at 11:30 p.m. ET (the record drawing has reportedly been moved back from 10:59 p.m.) to see if they have matched five white numbers from 1 to 69 and a sixth red number from 1 to 26. If successful, they should call a lawyer, financial advisor, and cardiologist — not necessarily in that order.

On the Pennsylvania Lottery’s website, where Powerball tickets can conveniently be bought over the internet instead of heading to the nearest convenience store, it states: “Powerball is easy and fun to play.” It does not, however, say it is easy to win.

The odds of matching all six numbers are 1 in 292.2 million. The Phillies would have had a much better chance than that of winning the World Series when down by three runs with two outs in the ninth inning of Game 6 Saturday night.

The last winner was in Pennsylvania, so …

The prior record lottery jackpot of any kind reported by Powerball representatives was the $1.586 billion shared among three Powerball tickets in January 2016.

At that time, there were just two Powerball drawings a week, and now there are three. The last winning ticket came in a $206.9 million drawing on Aug. 3, which was won by an unidentified individual — presumably a Pennsylvanian — buying a ticket at a Sheetz in Westmoreland County.

The only other time 40 drawings passed without a winner occurred last year, before a ticket worth $699.8 million was sold in California in October 2021.

Those whopping numbers reported by Powerball officials are based on someone opting to accept an annuity value share each year for three decades. There’s a lesser straight cash value for being paid up front, which amounts to an estimated $929.1 million for Monday’s drawing. (That’s right — not even enough to be a billionaire.)

Officials reported that 17 individuals came close Saturday night by matching five of six numbers. All but one won $1 million for that, with a person in Kentucky claiming $2 million by paying extra for the “Power Play” multiplier.

The standard tickets to play cost $2 each, with odds of winning anything at all reported as 1/24.9. That includes hitting just the lone Powerball number itself, which returns $4. Officials reported that overall Saturday, there were 10.9 million payouts worth a combined $102.2 million.