He’s Addicted To Slots, Not Sports Betting, But His Winning Wagers Were Confiscated

Confusion over PA self-exclusion lists highlighted by man's plea to get $15,417 back 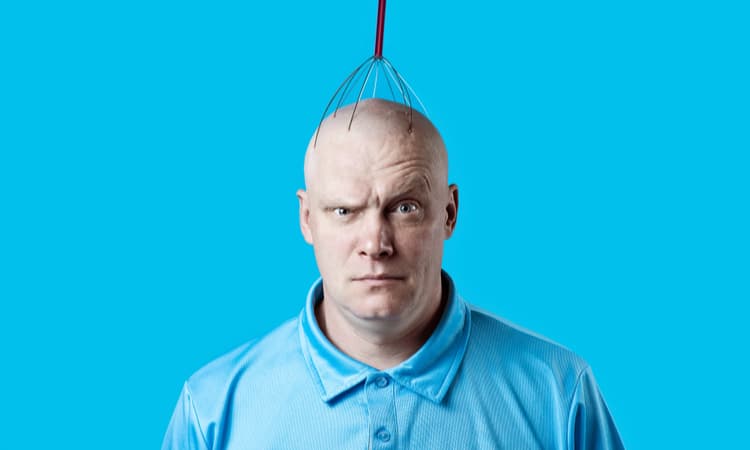 Minutes after declaring March as Problem Gambling Awareness Month at its meeting last week, the Pennsylvania Gaming Control Board stumbled into its own riddling problem: What do you do with a gambler who admits an addiction to slot machines, but believes he can bet sports just fine — and even win big money at it?

That’s the issue the regulatory agency is wrestling with now, stemming from confusion over its voluntary self-exclusion lists and a sports bettor who has been denied thousands in winnings — for now.

The seven-member board heard at its monthly meeting Wednesday from a Philadelphian — identified only as G.L., to conceal his identity as someone struggling with addiction — who recognized he had a slot machine addiction last July. He added himself to more than 16,000 other Pennsylvanians on the self-exclusion list barring themselves from entering casinos in the state.

But G.L. is also a sports gambler, and he doesn’t believe he has any unhealthy, uncontrollable impulse in that realm.

The 40-year-old has been a regular patron of an OTB parlor, the South Philadelphia Race & Sportsbook, owned by Parx Casino, but was surprised at the OTB in August when trying to cash two winning tickets that would have paid him $15,417 on a pair of sports bets in which he risked $2,020. He was told his status on the casino self-exclusion list meant his gambling funds were being confiscated, just the same as regulations covering such lists call for if he’d been playing a casino slot machine or table game.

G.L. told the board he had no idea that barring himself from casinos would also prevent him from continuing to place sports bets at the OTB. He has a formal request pending to obtain his $15,417.

“It’s not a casino — there’s no slot machines, no table games,” and he’s well-known to the staff at the OTB, he explained in a rather well-spoken, non-confrontational manner, considering the dollars involved. “This race and sportsbook, I don’t know of any other place like it. … It’s not a big place — it’s a hole in the wall.”

A gaming board hearing officer recommended G.L. only be returned his original $2,020 — not his winnings. It was clear from discussion last week that the seven-member gaming board itself was very unclear on what G.L. should receive.

Part of the confusion in such cases stems from both the wide array of gambling legalized in Pennsylvania in recent years and the multiple lists the board maintains for problem gamblers to try to deny themselves access.

There are four separate self-exclusion lists, enabling people to exclude themselves from a particular form of legal gambling for one year, five years, or a lifetime.

According to the PGCB’s most recent annual report, the list for “retail casino and sports wagering” was by far the largest with 16,519 individuals signed up as of June 30. There were also 1,041 individuals self-excluding from iGaming, 378 from video gaming terminal play at truck stops, and 223 from fantasy sports contests.

While the identities of those on the lists are circulated to the 16 casinos or to online operators, the effectiveness of the system — at least when it comes to physical properties — relies heavily on self-deterrence by people who have signed up. They are made aware that they can be cited for trespassing and have winning funds confiscated if they enter casinos.

It’s hard for casino security staffs to keep track of 16,000-plus people who are supposed to be denied entry, Cyrus Pitre, the board’s chief enforcement counsel, acknowledged to the board during discussion of G.L.’s case.

“Self-excluded people go in and gamble all the time and get paid without us knowing,” Pitre said, noting the individuals might only be detected when they conduct a transaction requiring them to show ID.

Information on the board’s website pertaining to its “retail casino and sports wagering” self-exclusion list does mention it covers “gaming activities within casinos and offsite venues such as off-track betting establishments,” but one has to be a careful reader to take note of the OTBs.

Board members find it confusing themselves

Confusion over the self-exclusion system was noted in other ways at the board’s meeting. The board acted on the cases of two individuals who had signed up only for exclusion from playing online casinos, but then were denied access by security staff at casinos when trying to enter the physical properties.

The casinos may act on their own to deny entry to such individuals with admitted iGaming issues, and when the two individuals requested being taken off that self-exclusion list so they can resume regular casino play, the board denied the requests. It showed, however, that G.L. is not the only one trying to avoid one kind of gambling problem and learning it becomes an obstacle to something else he values as a form of entertainment.

G.L. had called the details of what he could or could not do after self-exclusion “a little bit gray.” He said of a facility like an OTB — there are just a few in the state and not widely marketed like casinos — “I would have thought this would have been a whole separate thing.”

He received a sympathetic response from some board members, with Sean Logan commenting that it’s not only the general public that can find the details hazy.

“How is this gentleman going to understand this, if he believes there are separate lists?” Logan asked the board’s staff. “I’m here five years and two months, and I’m still confused.”

“The majority of cases, people don’t understand what they’re signing up for,” Pitre responded. “Quite frankly, it’s not only confusing to him, but to a lot of people. It would be simpler if we had one big list.”

None of these details were on the board members’ minds when they passed their resolution, as they do every year, about the focus on problem gambling awareness in the month of March Madness. But after hearing G.L.’s case and plea to overturn a hearing officer’s decision about his money, they agreed to give his situation more thought. Chair Denise Smyler said the board will return to it at a subsequent meeting for a decision, possibly next month.