What Could Be Behind A 20% Hold Percentage For Barstool Sportsbook In December?

Penn National Gaming's sports betting site had an extraordinary month pocketing bettors' money, but it's unclear if it was just a one-month blip or something longer-lasting. 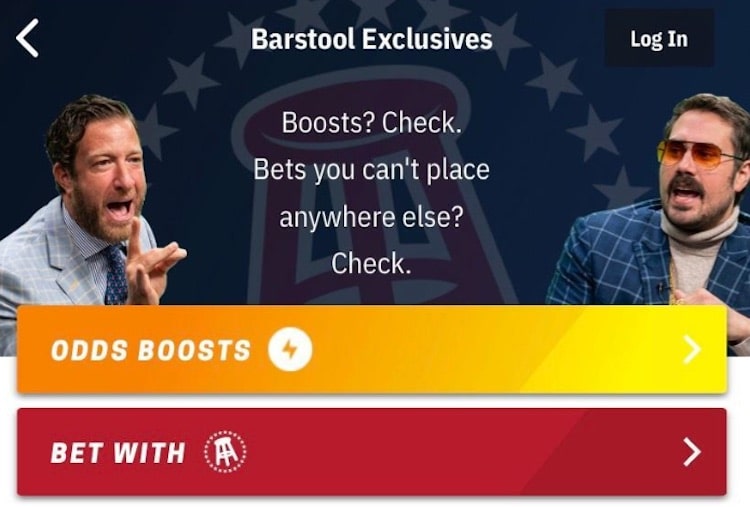 When Pennsylvania sports wagering data for December was divulged Tuesday, one piece of information relating to Penn National Gaming’s Barstool Sportsbook stood out as a head-scratcher.

Revenue figures for the state’s third-most popular online betting site suggested its customers did very poorly on their wagers last month — so poorly that their losses were epically out of whack with those of players using any other sportsbook in the state.

Its customers’ losing performance was also vastly different from what was reported during Barstool’s first two full months of operation in October and November.

The figures posted by the Pennsylvania Gaming Control Board showed Barstool took $71.8 million in bets placed online or by app in December and had gross revenue (the amount before accounting for promotional credits awarded to players) of $14.7 million. That equates to an eye-popping 20.5% hold percentage.

By comparison, the hold percentage was 6.4% across the 11 other online sportsbooks in the state from their collective $463.4 million in handle. That’s a far more common type of percentage in the sportsbook industry — the hold for all Pennsylvania online and retail sites in 2020 on the $3.58 billion wagered during the year was 7.5%.

For the state’s biggest sites, as shown in the table below covering the top five, FanDuel in December had a 6.1% hold and DraftKings held 5.2%. Its high hold percentage meant Barstool claimed more gross revenue than those competitors with far higher handle.

On bottom-line revenue, Barstool did even better, as it gave away far less in credits than either FanDuel or DraftKings. Its taxable revenue of $13.9 million, after deducting for credits, was more than that of FanDuel  ($7.1 million) and DraftKings ($5.4 million) combined.

Explanation may come in two weeks

All kinds of things can factor into fluctuations in sportsbook revenue and hold percentage from month to month: the general success of bettors, which can be influenced by performance of their hometown teams; big individual bets that win or lose that month; the variations of the sports seasons, as bettors fare better in some sports than others; the volume of futures bets taken by a sportsbook in comparison to those paid out immediately; the share of parlay bets, as sportsbooks commonly retain more money proportionally from those.

Some of those factors would normally affect all sportsbooks in the state the same in a given month. Thus, it stood out when Barstool deviated so much from every one of its Pennsylvania competitors in December. It’s all the more remarkable given that Barstool uses Kambi as its odds supplier, and that company provides the same numbers for use by five other of the state’s online sportsbooks.

A state gaming board representative declined to offer any comment on Penn National’s numbers, saying the operator should be the one to provide any explanation for them.

When contacted by Penn Bets with an email query, Penn National spokesman Eric Schippers said he could not provide immediate comment. “We’re planning to speak about this and provide commentary on our operations more generally during our upcoming earnings call on Feb. 4,” he replied.

Don’t put too much stock in one month’s numbers

While awaiting context from Penn National that might shed light on that 20.5% hold, it is probably unwise to draw any conclusions about its Barstool site or bettors from one unusual month.

That’s the opinion of Chris Grove, an analyst of the sports betting industry for the Eilers & Krejcik consulting firm.

“I wouldn’t make too much of it until we see it play out across a few more months,” he told Penn Bets. “You can see all kinds of strange things in a short window of time when you’re dealing with a relatively small pool of handle.”

If Barstool’s unusually high success retaining its customers’ money were to continue, it’s reasonable to wonder at what point those players might give second thought to continuing their betting with it.

“I would be surprised if any operator of any scale in the U.S. could sustain that level of hold in a competitive market,” Grove mused.

It should be noted, meanwhile, that the 20.5% hold doesn’t mean Barstool’s customers fully lost that amount from their wagers. It and other online sportsbooks commonly give away money in the form of promotional credits to attract bets by both new and existing customers. That results in a second, lower revenue figure on which they are taxed by the state, which also carries a lower hold percentage.

Barstool has actually been reducing its volume of promotional credits month to month, from $1.8 million in October to $1.1 million in November to $0.8 million in December.

Taking the most recent credits into account, Barstool’s hold percentage stood at 19.3% in December compared to the 20.5%.

Statewide, $11.3 million in credits were offered in December, with FanDuel alone responsible for nearly half of them. When using the adjusted statewide revenue figure acknowledging the credits, the Pennsylvania hold percentage for the month dropped to 6.1% instead of 8.3%.

In some Twitter commentary on Barstool’s December numbers, there was speculation that the site could have an unusually high number of parlay players who get low return for their betting dollar because of the long odds against them.

Barstool promotes parlays more than some of its competing sites, including regular advertisement of a “Can’t Lose Parlay” suggested by one of the site’s prominent personalities, Dan “Big Cat” Katz. Despite its somewhat tongue-in-cheek name, however, the “Can’t Lose Parlay” does usually fail, like most parlays.

In its monthly reports, the Pennsylvania gaming board — unlike regulators in some other states — does not break down the amount of betting done through parlays or on individual sports.