Eagles And Steelers Both Touchdown Underdogs Vs. Mahomes, Rodgers 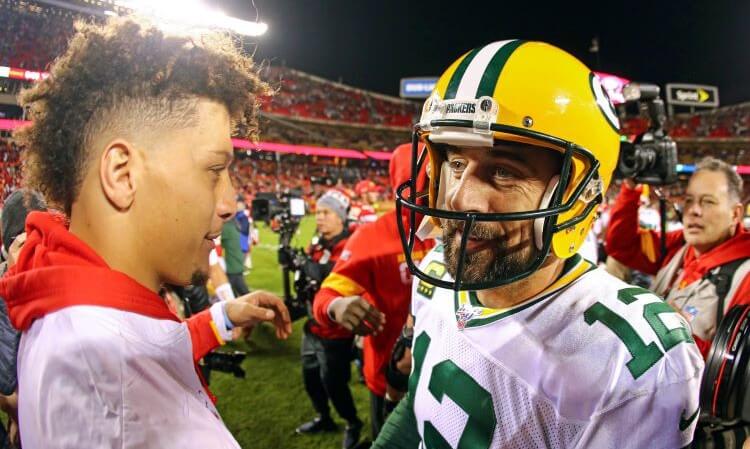 The Eagles and Steelers looked highly capable of surprising doubters back after the NFL’s Week 1, when Philadelphia went to Atlanta and thumped the Falcons and Pittsburgh visited Buffalo to stun the Bills and the legion of believers in their Super Bowl-contending status. But neither Pennsylvania team has won since, and they find themselves underdogs by about a touchdown each on Sunday, when the Eagles host the Kansas City Chiefs and Steelers visit the Green Bay Packers. Those are two opponents who clearly have Super Bowl aspirations, while any such hopes have become increasingly fleeting for backers of the Eagles and Steelers, if such hopes existed at all.

Still, the value of Pennsylvania’s many online sportsbooks is they present new options on a weekly basis worth considering, regardless of any postseason consideration. With that in mind, here’s how they’re sizing up and offering wagers on Sunday’s games.

The Eagles weren’t supposed to beat the rival Cowboys in Dallas on Monday Night Football, but they were supposed to give them a better game than the 41-21 thrashing they suffered. Now first-year coach Nick Sirianni faces the challenge of righting things with a team playing on a short week against a league powerhouse that’s been doing its own under-achieving.

The difference between the two 1-2 teams is there’s still no disputing the weapons possessed by Kansas City, which is in the AFC West cellar for the first time since 2015 after losing to the Chargers 30-24 on Sunday. The Chiefs will be motivated as well by playing for Andy Reid, who returns to the city where he once coached and is seeking his 100th win with his current team.

The sportsbooks assessing this matchup list the Eagles as 6.5-to-7-point underdogs as of Friday morning. Philly fans would want to use the 7 offered by FanDuel, BetMGM, FOX Bet, Caesars, and Kambi-backed sites (BetRivers and Unibet)to get the best chance for a payoff. Most of those are the standard vig, but FanDuel is expecting Eagles bettors to pay an extra -115 premium for the plus-7 spread.

The best moneyline reward for an Eagles upset is the +270 offered by BetMGM and Caesars. The points total over/under shows the sportsbooks split in using either 54 or 54.5, with bettors expecting lots of scoring best off going to DraftKings, FOX Bet, or Betway to use the over-54.

And scoring is something the Chiefs like to do, as they average nearly 31 points per game with Patrick Mahomes still throwing darts to Tyreek Hill and Travis Kelce. Their problem is the young phenom at quarterback has been more off-target than is customary, with two interceptions against the Chargers, and Kansas City’s defense has been highly suspect.

The Chiefs have given up 481 rushing yards on 5.4 yards per carry to opponents, making one wonder if the Eagles might run the ball a bit more this week. Miles Sanders led Philadelphia running backs in rushing attempts Monday night with all of two carries. That’s right: two. T-W-O … or 2, if you prefer your little digits that way.

The Eagles apparently had a plan versus the Cowboys to have Jalen Hurts match Dak Prescott pass for pass, which didn’t work out well. Making matters worse for Hurts this week, Isaac Seumalo was injured and will become the third offensive line starter unable to suit up against the Chiefs. Trying to match Mahomes pass for pass would seem nothing sort of suicidal.

So things could get ugly among the crowd at Lincoln Financial Field by about 4 o’clock Sunday, if not earlier. But, then again, remember that time in Atlanta, like, three weeks ago?

The last time Ben Roethlisberger and Aaron Rodgers played in the same NFL game was in Super Bowl XLV more than a decade ago. They and Packers kicker Mason Crosby remain active for the teams as the only veterans of that Green Bay win, but there’s a big contrast between how they look now versus then.

Rodgers was last year’s NFL MVP and has his team off to a 2-1 start, including an exciting win over the San Francisco 49ers last week, with Crosby kicking a 51-yard field goal as time expired. The Packers have largely erased worries stemming from a 38-3 Week 1 loss to the New Orleans Saints.

Roethlisberger, at 39, is two years older than Rodgers, but the gap has looked more like 12 years thus far in 2021. The Steelers have had one of the league’s most inept offenses, which they put on full embarrassing display in a 24-10 loss to the Cincinnati Bengals at Heinz Field last weekend.

The two teams’ different directions leading up the 4:25 p.m. contest at Lambeau Field means the oddsmakers are listing the Packers as 6.5-point favorites across the board. FOX Bet is offering the point spread at even money (+100) for those picking the Steelers, making it their backers’ best option.

Caesars lists the Steelers moneyline at +250 for an upset, while others range from +210 to +245. The over/under on points is a relatively modest 45 to 45.5. The 45 comes at DraftKings and Betway, making them the best choice for those who still believe in magic in those aging gunslingers’ arms.

The emphasis there is on the quarterbacks, because neither team has had a running game to boast. The Packers’ 79 yards rushing per game ranks just 30th in the NFL, but it puts to shame the Steelers’ league-low 53. That lack of running ability behind an inexperienced offensive line combines with Roethlisberger’s 79.0 passer rating (30th in the league) to raise doubts about how many points the Steelers can put on the board.

What could make a difference in Pittsburgh keeping the game close, or perhaps even winning, is a healthier defense. All-Pro linebacker T.J. Watt is expected back after a groin injury kept him sidelined last week, when the Steelers’ record of 75 games with a sack finally ended versus the Bengals.

Hopefully, Rodgers vs. Roethlisberger will at least be fun to watch one more time. Just don’t expect to ever see them on the same field again, be it regular season or, gosh golly, another Super Bowl.