Eagles Travel To Las Vegas As Underdog Versus Surprising Raiders 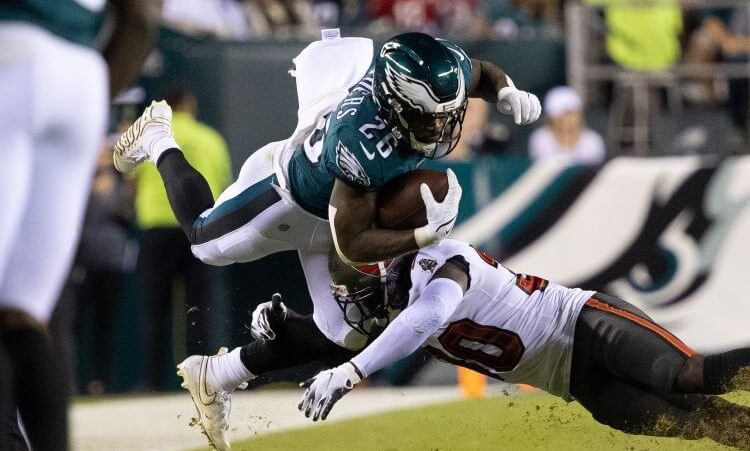 This Sunday’s game in Las Vegas might have been viewed more optimistically by the Eagles a week ago, when there was reason to believe the Raiders’ season would spiral out of control due to 10-year-old emails. But the Raiders shook off the midseason firing of famous — and now infamous — coach Jon Gruden to win handily in Denver last weekend, giving them a 4-2 record that ties them atop the AFC West.

The Eagles, meanwhile, are coming off a mini-bye week following a slow start in a loss to the Tampa Bay Buccaneers in prime time on Oct. 14. The 2-4 team is already three games behind the resurgent Dallas Cowboys and looking at the potential for a very long season — one that feels even longer than what would be associated with having added a 17th game to the schedule.

The oddsmakers don’t necessarily see the 4:05 p.m. matchup at Allegiant Stadium as all that unbalanced, however, in that most of Pennsylvania’s online sportsbooks listed Philadelphia Friday morning as a 3-point underdog — the same amount associated with home field advantage in the NFL.

Perhaps they have noticed how much the Eagles seem to prefer getting away from Lincoln Financial Field, where they are winless this year. They have been 2-1 on the road, with wins in Atlanta and Carolina.

The 3-point spread was being used by all but Kambi-backed sites such as BetRivers, Unibet, and TwinSpires, which give the Eagles just 2.5 points, but with reduced vig of -106. An Eagles bettor would be best served using the plus-3 from FOX Bet, with the traditional -110, as its competitors all are inflating the juice for those who want the 3 points.

The best moneyline payoff for an Eagles win is the +140 offered by Caesars, with others all posting +130 or less. The points total over/under ranges from 48.5 (FanDuel, BetMGM, DraftKings) to 49.5 (Caesars, Betway). That over/under is higher than is typical for this week’s NFL action, and presumably it’s due to what has been a prolific Las Vegas passing attack.

Quarterback Derek Carr has passed for more yards than anyone in the league but Tom Brady, with an array of weapons in wideouts Henry Ruggs, Bryan Edwards, and Hunter Renfrow, and big tight end Darren Waller.

The Raiders, now coached on an interim basis by Rich Bisaccia, don’t care for the running game much more than Nick Sirianni. Their leading rusher, Josh Jacobs, has run for 175 yards on the season on 3.2 yards per carry.

Of course, the Eagles have no right to make fun of any other team’s running game. Versus the Bucs, Philadelphia’s number of rushing attempts by anyone other than Jalen Hurts added up to nine. Those were all by Miles Sanders, who ran for a nice 6.2 yards per carry, but Sirianni has clearly been averse to emphasizing the run. Those nine carries by Sanders were three times as many as the team allowed its running backs last month against the Cowboys.

That would all be fine if Hurts was putting up Carr-like numbers, but he has not. Against Tampa, he completed 12 of 26 passes for 115 yards. The Raiders don’t play defense nearly as well as the Buccaneers, but it will be interesting to see if the Eagles shift gears at this point in their offensive strategy.

Almost as though it were doubting any new approach, DraftKings’ player props for the game include Hurts going over or under 44.5 yards, but with no rushing total posted for Sanders Friday morning. It has given him just a receiving yardage total to bet on, at 17.5.