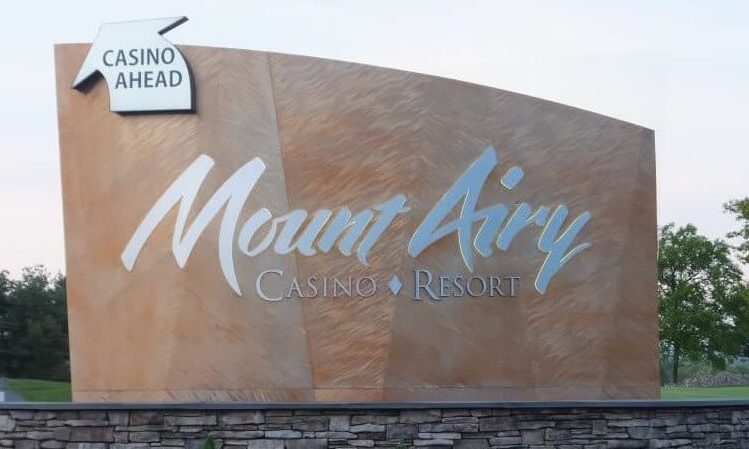 Mount Airy Casino Resort stood out months ago as one of few casinos in Pennsylvania to ban indoor smoking, but a state hearing last week for its periodic licensing renewal made clear that’s no longer the case.

Casino officials confirmed at the Pennsylvania Gaming Control Board public hearing in Monroe County that smoking is again permitted in designated areas on up to half of the gaming floor. That is the case in nearly all of Pennsylvania’s 16 casinos under an exemption for them carved out in the state’s indoor smoking law, but it was not true at Mount Airy in late 2021 and early 2022.

At some point this spring, indoor smoking resumed at the property — its website even touts that with a “Smoking is permitted on the casino floor in designated smoking areas” message at the top of its homepage. It’s not clear when or why the policy changed, however, as gaming board staff and commissioners did not delve into the issue during questioning at the hearing. Rules on smoking fall under state law set by the legislature rather than regulations dictated by the gaming board.

Mount Airy officials also declined through a spokeswoman to discuss the change with Penn Bets, although a company marketing representative said in an interview last November that “feedback has been overwhelmingly positive” to the no-smoking policy then in effect.

The long-debated smoking issue has garnered more attention than usual of late because of serious consideration being given by New Jersey lawmakers this year to rescinding their own exemption and banning smoking within Atlantic City casinos. Such prohibitions already exist in neighboring Maryland, New York, and Delaware gambling venues.

Bills have also been introduced in repeated legislative sessions in Harrisburg to rescind Pennsylvania’s exemption, but none has received serious attention. The bills have always been sponsored by Democrats in a legislature controlled by Republicans.

Though there was no indication that the gaming board itself would prioritize the smoking issue as part of the Mount Airy five-year licensing review — such renewals tend to be non-controversial — it was brought up in a letter to the board from Cynthia Hallett, president and CEO of Americans for Nonsmokers’ Rights. The group has helped to organize casino workers and lead lobbying to change New Jersey’s law.

“For significant parts of 2021 and 2022, Mount Airy voluntarily operated smokefree indoors, even after pandemic-induced regulations and mask requirements were lifted across Pennsylvania. We applauded this decision and were disappointed to learn of their more recent decision to once again put employee and guest health at risk by allowing indoor smoking,” Hallett wrote.

“It was especially disappointing considering that the casinos did not experience a negative impact on revenue during the time period when smoking was not permitted indoors. In fact, Mount Airy posted higher revenue from in-person slot and table play for the first quarter of this year than in the pre-COVID first quarter of 2019.”

While casino revenue trends in Pennsylvania can be hard to isolate to any one factor because of multiple changes in the industry in recent years, a Penn Bets analysis last November found no indication that either Parx or Mount Airy had been harmed by stances they took against indoor smoking. A broader study released in June by Las Vegas-based C3 Gaming came to the same conclusion generally about casinos that no longer allowed smoking.

While the Pennsylvania casinos are permitted to have customers light up on half the gaming floor — a concession made by the legislature in 2008 to a long-held industry stance that it was important to retain customers and build revenue — they are free to allow less than that. In the case of Parx, which has always led the state’s casinos in gaming revenue no matter what policies are in place, the operator has plans to also make its new mini-casino in Shippensburg smoke-free when it opens later this year.

“We found our customers actually prefer a non-smoking environment, so we plan to do the same things in Shippensburg,” John Dixon, chief operating officer for Parx owner Greenwood Gaming and Entertainment, told the gaming board at a licensing hearing in January.

Rivers Philadelphia officials, meanwhile, quietly instituted the indoor smoking ban April 29. Due to city of Philadelphia mandates, it and the competing Live! Philadelphia casino have had longer periods than peers statewide with government orders prohibiting smoking in effect. No city order was in effect, however, when Rivers adopted its own policy in the spring.