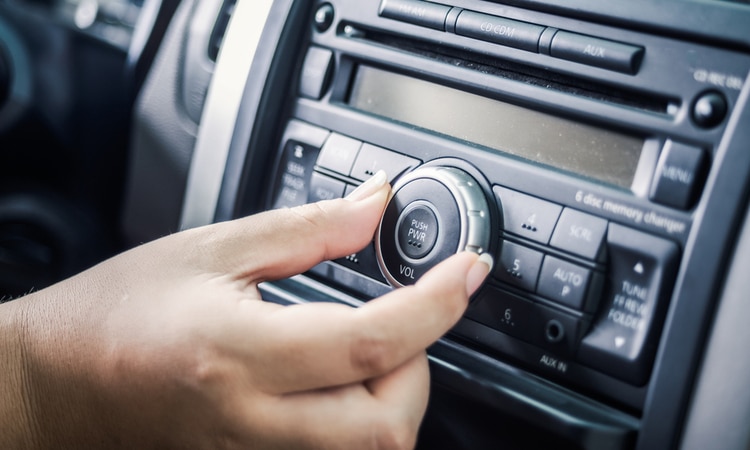 Anyone who listens to any sports-related radio content is accustomed by now to hearing frequent — some would say too frequent — ads for the growing number of legal sportsbooks, but it’s far rarer to hear day-long programming dedicated to sports bettors.

That has just changed in the Pittsburgh market for a sliver of the listening public.

Steel City Media, which owns WRRK, or 96.9 BOB-FM, last month began carrying the all-day format of the Vegas Sports Information Network. The VSiN network’s content consists of talk and news shows dedicated to analysis of sports gambling to both educate and entertain bettors.

The hitch is that the VSiN programming is not on the main WRRK channel, which continues to carry classic rock music. It is broadcast as Bet Sports Radio on the station’s HD2 alternative, which typically can be received only by those who are in cars — and newer cars at that, equipped to carry HD radio options.

Gregg Frischling, Steel City Media’s vice president and general manager, said the Feb. 11 shift in format — the station’s HD alternative previously aired rock music similar to the main channel — is recognition of growing interest in sports betting among Pennsylvanians. The retail and online sportsbooks in the state have been taking more than $700 million in wagers monthly since the fall.

“We thought it was an opportunity to provide a different kind of programming that can garner interest, and hopefully change the way people listen to sports in this market,” Frischling said. “If you want to listen to a Steelers or Pirates or Penguins game, you do it elsewhere, but if you want another sort of information, VSiN does a good job of highlighting it.”

Network has built a national niche

VSiN attracted attention from its outset in 2017 due to the role of well-known sports announcer Brent Musberger as a co-founder. His nephew, Brian Musberger, is the CEO.

Its content is available through its app, satellite radio, and a range of streaming services such as YouTube, typically with a subscription fee involved. One daily VSiN program, Follow the Money with Mitch Moss and Pauly Howard, is also aired for interested TV viewers on AT&T SportsNet Pittsburgh.

Its personalities do shows and podcasts from Las Vegas studios at the South Point Hotel Casino and Circa Resort & Casino. A frequent guest is longtime Vegas oddsmaker Jimmy Vaccaro, who works at the South Point and is originally from the Pittsburgh suburb of Trafford, but Frischling said at this point there are no plans for Pittsburgh-specific gambling programming.

He suggested, in fact, one nice aspect of the national VSiN programming is it devotes time to sports such as NBA basketball that receive little attention on Pittsburgh’s smattering of sports talk stations.

“I really think it’s interesting to have their different take on sports,” Frischling said of the VSiN analysts and announcers. “The people they have on doing the reports and shows sound like normal people. It’s entertaining to have someone on saying ‘I lost my shirt last night on what I thought was a great bet,’ and not turning it into something the layman who doesn’t bet is unable to listen to.”

VSiN, greatly aided by the expansion of legal sports betting across the country to more than 30 states since 2018, has achieved such notability in its short existence that DraftKings acquired the network last March for an undisclosed sum.

Frischling acknowledged that only a small minority of southwestern Pennsylvanians can currently access the new programming offered at WRRK-HD2, but he hopes that will change soon. The station is purchasing equipment that will enable listeners to hear it via streaming on the station’s internet site, possibly next month.

That will still be nothing like having a mainstream local radio station dedicating its programming to sports betting. It’s a little early in the evolution of the industry for that to occur, Frischling said, though not inconceivable down the road. A sports-obsessed market like Pittsburgh would certainly be a more apt guinea pig for it than many other places outside Nevada.

“Sports is big, but it’s going to take a little while to see if this works,” Frischling said, noting there are no plans for changes to Steel City Media’s main classic rock format. “The question is if you can have a full-time sports betting station and have enough people buying ads that [aren’t related to sports betting]. That’s one hurdle.

“If we have some success, some positive showing in our Nielsen ratings on HD, that increases the potential it could happen, but it would be a hard press for someone to make that jump at this point.”