Smokers Permitted To Light Up Within Pennsylvania Casinos Once More 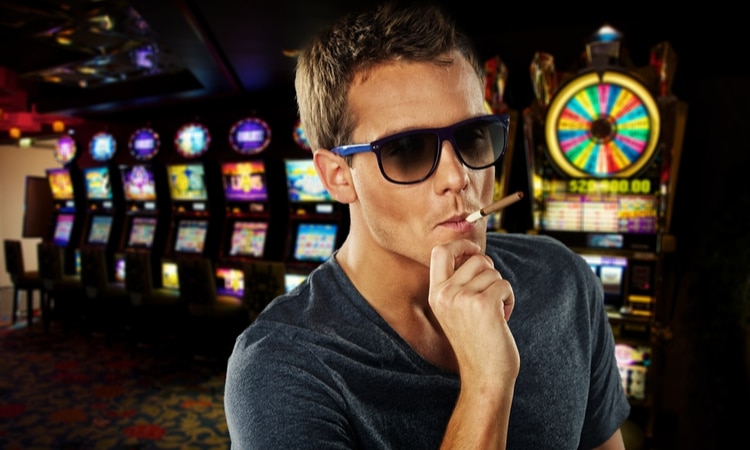 Indoor smoking has returned to Pennsylvania casinos for the first time in 11 months.

The Pennsylvania Gaming Control Board advised the 14 casinos last week that its smoking ban would be lifted Monday, June 28, as a result of the state removing the general mask mandate that existed since April 2020. At the time the gaming board invoked the smoking ban last summer, it said it was tied to the difficulty enforcing mask mandates within casinos if gamblers were allowed to light up.

“We made the determination that the smoking ban was directly related to mask wearing and it was time to lift it,” gaming board spokesman Doug Harbach said Monday by email. “We informed the casinos last week that they can permit smoking again on the gaming floor per the Clean Indoor Air Act today.”

The state law that bans most smoking in public places makes an exception for casinos, which are permitted to allow it on up to 50% of their gaming floor. They are under no requirement to allow smoking, but they all have done so for competitive and revenue purposes, figuring they would lose customers by banning it. Some states ban smoking within casinos, but Pennsylvania is among a group with partial allowance for it.

The casinos for months have been designating outdoor patios or certain other spaces for smokers, but that likely will no longer be the case for any. Rivers Pittsburgh and Mohegan Sun Pocono were among the casinos Monday quickly putting new information on their websites that smoking inside is again being permitted.

Extent of ban’s impact on revenue is unclear

Gaming revenue within Pennsylvania’s casinos has trailed the level of pre-pandemic activity each month since they reopened last year. The smoking ban is likely one factor, but it is hard to separate out the extent of its role compared to the impact of capacity limits, social distancing, alcohol restrictions that themselves were recently removed, COVID-related hesitation by regular customers about returning, and other issues.

In Pennsylvania, about 75% of the adult population has obtained at least one dose of the COVID vaccine, and nearly 60% have been fully vaccinated. The Wolf administration had previously stated that its mask orders would end when 70% of adults were vaccinated or June 28 arrived, whichever came first (although there are still public transportation-related exceptions that require masks).

Pennsylvania casinos in recent weeks had already been able to lift mask requirements — on an honor system for those fully vaccinated — although the properties had still been required until Monday to keep smoking off the gaming floor.

The exception for casinos to allow smoking has been criticized by some health advocates and representatives of casino employees ever since Pennsylvania’s Clean Indoor Air Act of 2008 was adopted. There has never been legislative will to overturn the exception, however, considering the industry considers it helpful to revenue, and the state is heavily reliant on more than $1 billion in gaming tax revenue annually.

Still, the Americans for Nonsmokers’ Rights group issued a statement Monday saying it hopes Pennsylvania will take another look of the issue after the experience with non-smoking over the past year.

“Indoor smoking is a pre-COVID relic that should not return,” said group President Cynthia Hallett. “It’s misguided and dangerous to revert back and put the health of gaming employees and guests at risk. We are calling on Pennsylvania’s elected officials, including Governor Wolf, to support legislation to close the casino loophole and make casinos permanently smokeless indoors.”

State Rep. Dan Frankel of Pittsburgh, who has sponsored legislation to extend the smoking ban to casinos, has not been optimistic of success with it. He told Penn Bets last year of the casinos, “They have an active lobby that was very effective when carving out that exemption when first passing the legislation, and they’re pretty effective in tamping down efforts to change it.”