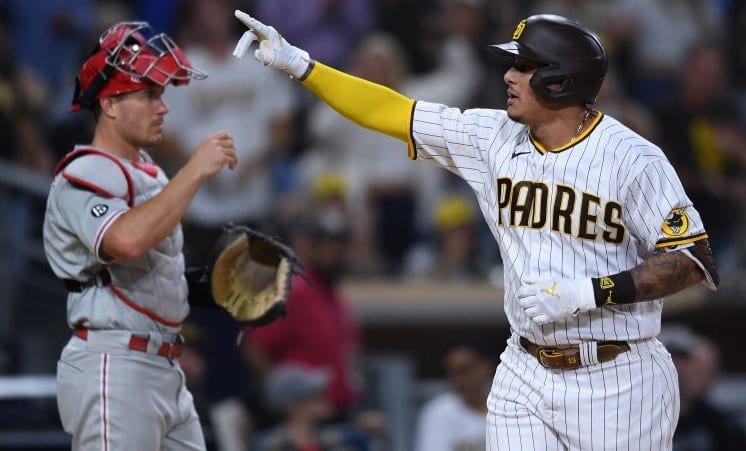 The Phillies keep exceeding oddsmakers’ expectations, much to the delight of their betting backers, and they have another chance to do so starting Tuesday night.

Bryce Harper, Aaron Nola, and their surprisingly strong group of late-season accomplices are universally underdogs to defeat the San Diego Padres in the best-of-seven National League Championship Series that starts at Petco Park. The online sportsbooks have the odds close, however, as the Padres are equally surprising.

Fact is, the Padres and Phils were the fifth and sixth seeds, respectively, in these NL playoffs and are creating the first league championship series in which neither team won 90 games. When the postseason started, both teams were 25/1 to win the World Series at DraftKings.

Nobody liked us, we don’t care pic.twitter.com/Gvp5dsHH5w

San Diego may have a slight edge from home field advantage and shutdown closer Josh Hader, which enables Phillies backers to get a plus price on the series. DraftKings, Betway, and Wind Creek/Betfred are all offering +105 on Philadelphia to reach its first World Series since losing to the New York Yankees in 2009. FanDuel has +100, with the Padres -120.

For the Phils to win the World Series, the sites using Kambi odds (such as BetRivers, betPARX, Unibet, and TwinSpires) offer the best return at +370, with the Padres at +330. The Houston Astros are universally the favorite, at odds ranging from +130 to +150, with the New York Yankees and Cleveland Guardians still to settle the second ALCS club via their deciding division series game Monday night.

Full starting pitcher alignments for the NLCS had not been announced as of Monday morning, but Tuesday’s opener is expected to have Zack Wheeler matched against Yu Darvish. Most likely, the Phils would follow with Nola and Ranger Suarez against the Padres’ Blake Snell and Joe Musgrove.

The odds for Game 1 of the series as of Monday morning weren’t all that different from odds for the series overall. A Philly fan could do best using the +110 from BetRivers and other Kambi sites. The run total was generally set at over/under 6.5, with a plus price of up to +105 offered by DraftKings and BetMGM to bet the under.

Philadelphia won four of the seven games in which the two teams met during the regular season, but the last time they saw one another was June 26. These October versions of the teams differ considerably.

That includes trade deadline acquisitions, returns from injury, and hot play that saw the Phillies dispatch the defending champion Atlanta Braves and Padres beat the heavily favored Los Angeles Dodgers, with neither team requiring even five games to win its best-of-five series.

The Phillies have a one-two combo of pitching aces in Wheeler/Nola, a bullpen finishing games better than at any time in recent years, and Harper as designated hitter overcoming his injuries from early in the season to hit three home runs with a 1.437 OPS in six postseason games thus far.

The Padres have their share of star power in Manny Machado and Juan Soto, a strong group of starters, and stud relievers such as Luis Garcia and Robert Suarez to set up Hader. Both pitching staffs have plenty of arms throwing at 100 mph or close to it.

And in these league championship series, it’s frequently an unsung hero who emerges and decides things — maybe an Alex Bohm for the Phillies or a Jake Cronenworth for the Padres.

FanDuel does have odds up for NLCS MVP, and those naturally favor the teams’ best-known stars. Among Phillies, a bet can be placed on: