Mini-Casinos Appear To Be Thriving, With Three More To Come 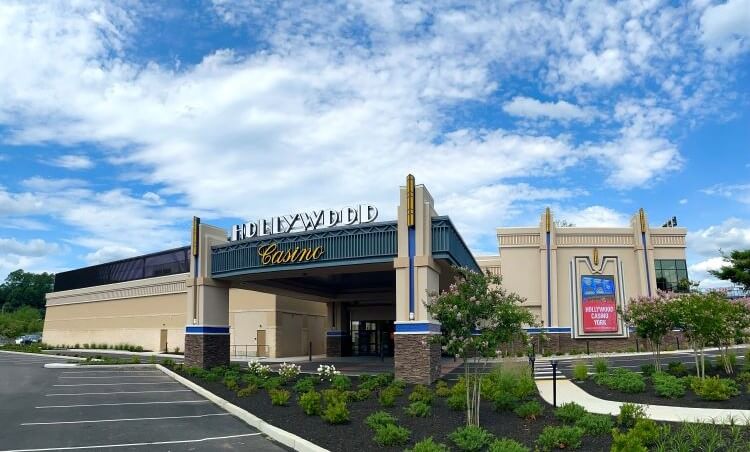 Pennsylvania’s unusual integration of mini-casinos into its broad gaming offerings showed continued promise in September in the first full month with two of the smaller venues operating.

With $9 million in retail slots and table games revenue, the state’s first mini-casino, Live! Pittsburgh in Westmoreland County, continued its pace toward being a $100 million annual operation. And Hollywood Casino York, which Penn National Gaming opened Aug. 12, made $6.7 million with just two-thirds as many slot machines in use as Live! Pittsburgh in September. Within that total, its table games revenue of $1.4 million slightly exceeded that of the Live! property.

In both cases, the mini-casinos, known formally as Category 4 casinos under the 2017 gambling expansion legislation that allowed them, showed a daily win per slot machine that is among the highest of the 15 casinos in the commonwealth.

With three more mini-casinos to come, including another by Penn National to open in Berks County before year’s end, it’s conceivable that they could produce combined revenue approaching $500 million annually, with about $200 million of that going to state and local governments as additional tax revenue. Generally, the mini-casino developers have said their development costs run about $100 million to $150 million.

Once all are operating, they could help push Pennsylvania gaming revenue above $5 billion annually, as it will already approach that figure in 2021 based on regular monthly revenue reaching $400 million.

A smaller form of convenience gambling

Pennsylvania, which draws more tax revenue from commercial gaming than any other state in the country, authorized the mini-casinos as a concept different from what any other state had enacted.

The 12 casinos in operation at the time the legislation passed were primarily near urban centers and generally contained 1,500 to 3,000 slot machines. (The state’s casino law permits up to 5,000, but no casino has come close to that due to the economics of supply and demand.)

The mini-casinos, also known as “satellite” casinos, were to be located with up to 750 slot machines and 30 to 40 table games as a form of “convenience gambling,” with fewer amenities connected to them in less populated areas than the Philadelphia and Pittsburgh centers. The aim was to draw more revenue for the state, both by initial auction bids for the licenses and from ongoing operations, by appealing to casino patrons who might rather drive half an hour or less to a small venue near them than travel an hour or more to an existing facility.

Live! Pittsburgh opened in vacant department store space at Westmoreland Mall last November and Hollywood Casino York did the same at York Galleria in August. Unlike the others, Hollywood Casino Morgantown was built as new construction from the ground up, and is near completion.

Two other mini-casinos, by Parx Casino in Shippensburg and private investor Ira Lubert in collaboration with Bally’s near State College, are awaiting final approval from the Pennsylvania Gaming Control Board before beginning construction.

Penn National Gaming officials presumably would be satisfied with the early operation of Hollywood Casino York as a sign of good things to come at the future Hollywood Casino Morgantown, but they declined to discuss it this week.

A Penn National spokesman explained that with the company’s quarterly earnings call coming up Nov. 4, it is in an advance period when it is not supposed to discuss its financial operations publicly. The York property’s early performance will likely be discussed on the call. It is also possible some further details concerning the Morgantown opening will be announced.

Hollywood Casino York is different from both Live! Pittsburgh and Hollywood Casino Morgantown in that company officials opted not to include the full complement of 750 slot machines permitted. Instead, it has 508 on the first floor of a former Sears.

“We wanted to make sure the experience felt very open, very inviting, very comfortable for our players,” Erin Chamberlin, Penn National’s senior vice president of Northeast operations, told Penn Bets before opening. “So given the small size of the footprint, we didn’t think putting in the full allotment of slot machines would make it the most comfortable gaming experience right now.”

In September, those slots earned average revenue of $348.65 each per day for the casino. That was well above the state average of $255.79 per day among the 25,850 slot machines in operation.

During the month, only Parx Casino, the largest revenue generator in the state, fared better. Its 3,044 machines netted a total of $33.5 million for the month, at $366.39 per day. And after Hollywood Casino York, Live! Pittsburgh was next highest in daily revenue per machine, at $338.13.

Such calculations are important in that casino revenue is far more dependent on slot machines than on any other aspect of operations. By one other metric, however, Hollywood Casino York also seems to be doing well out of the gate. It operates a Barstool-branded retail sportsbook in combination with an OTB race book anchored by a sports bar, and that sportsbook handled $1.5 million in wagers in September with revenue from them of $276,073. Live! Pittsburgh also has a sportsbook, operated by FanDuel, and it claimed $178,538 in revenue from just under $1 million in total wagers.