Penn National And SugarHouse Get Approval For iGaming, While Regulators Offer Leftover Licenses To Outside Entities

Two more casinos get approval for online gambling by the PGCB, while Penn National reveals new partnership with IGT.

Pennsylvania regulators approved online gaming licenses for both SugarHouse and Penn National today during a meeting of the state Gaming Control Board. During the proceedings, several tidbits were also revealed about remaining iGaming licenses, and the process by which outside entities can claim them.

The two casinos were the fourth and fifth to receive official approval by the state, behind Parx, Harrah’s and Mount Airy.

SugarHouse touts its success in NJ

The meeting kicked off with a presentation by SugarHouse’s parent company, Rush Street Gaming, which made a case for its suitability to operate in the Keystone State. The company noted its impressive achievements in New Jersey, where it has carved out a nice chunk of the market for itself, even as a late entry.

SugarHouse presented the board with slide showing a steady increase in revenue from its launch date to the present. When asked for specific numbers by the chairman, Rush Street was hesitant to comply, offering to give the information in private – and denying us a glimpse at how much the casino is actually making in the state. 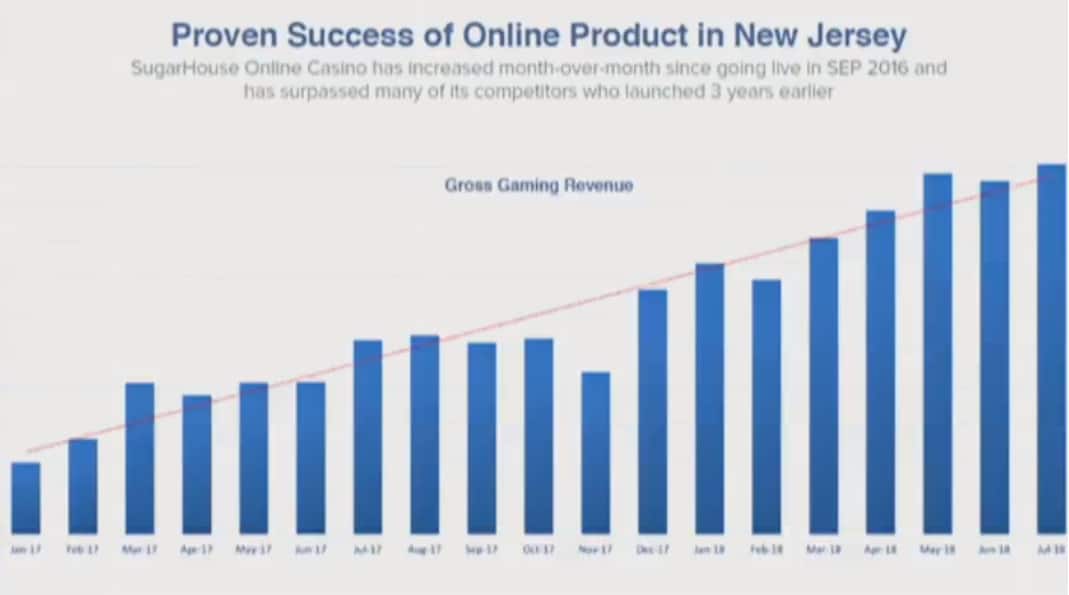 In summary, it highlighted that:

Penn National, which has already spent $77,600,000 on various gambling licenses related to last year’s expanded gaming legislation, was up next. The casino revealed that it had partnered with gaming software maker IGT to power its online casino in the state.

The news comes as somewhat as a surprise, due to the fact that SG Digital, a major player in New Jersey, currently provides the technology for the casino’s play money casino (hollywoodcasino.com). During its presentation, company execs presented slides which showed a revamped website, with social games removed and with real money games in their place. 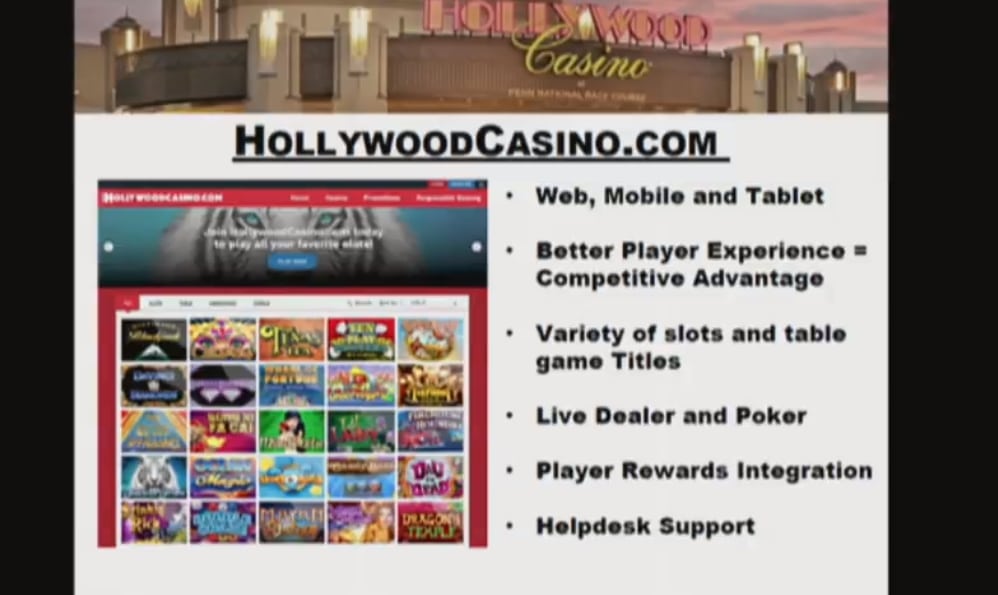 In New Jersey, IGT is one of the biggest suppliers of slots and table games, but until recently had no experience in integrating its platform with Garden State operators.

That changed only recently, when the company linked up with FanDuel, a leading daily fantasy sports site which has teamed up with The Meadowlands to launch a sportsbook in the state.

While IGT plays a big role in FanDuel’s web, mobile and retail operations, it works in concert with a player account management system by GAN, and a front-end interface designed by FanDuel itself.

Outside entities may now apply

Lastly, the board spoke about the iGaming licenses which still remain up for grabs. In all, 11 of the state’s qualified gaming entities have purchased at least some form of online gambling permit, for a total of $110 million in fees.

The only two casinos which will not participate are The Meadows and Lady Luck Nemacolin.

According to regulators, now, any outside entities may submit an application to purchase the seven remaining licenses (three poker, two slots, and two table games licenses). That means, two entities could purchase all three verticals, with one poker license remaining for someone else.

Since the two remaining state casinos have chosen to opt out of the industry, now outside companies may get involved. This could mean a casino like Atlantic City’s Borgata, or potentially an online gaming site like Betfair.

Claiming a license will happen through a four step process, which includes a random drawing:

The inclusion of the drawing suggests that the PGCB expects multiple outside entities to try and purchase licenses. It will be interesting to see which gambling brands will pony up the massive fees and take the plunge.