Sports Betting Just Declined In Pennsylvania In A Rare Way 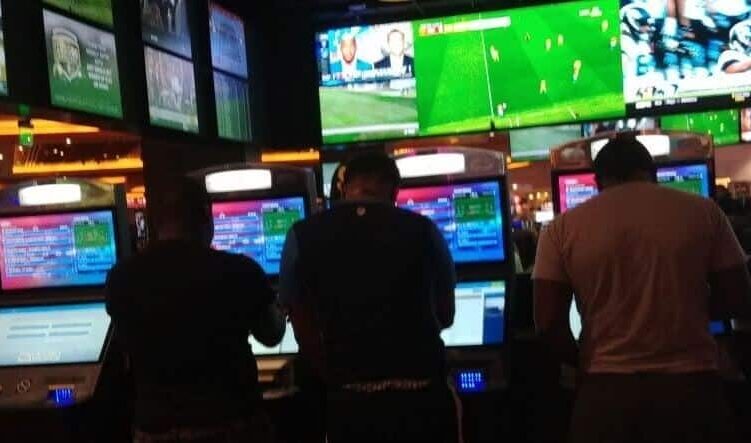 June stood out in one very unusual way for Pennsylvania’s sportsbook operators: They took less betting action than they did in the same month a year earlier.

That decline from a $420.2 million June 2021 betting handle to $393.5 million last month — shown in the latest revenue report from the Pennsylvania Gaming Control Board — was uncharacteristic but not unprecedented. A year-to-year monthly decline occurred once before, but for an extraordinary circumstance.

Last August’s total of $348.5 million in total sports wagers was down 4.5% from $365 million in August 2020. But 2020’s August sports calendar was like no other — it saw NBA and NHL action combined with normal late summer sports as the leagues sought to make up for lost time from the COVID-19 shutdowns that paralyzed activity in the spring of 2020. A lot of pent-up demand among bettors during that stage of the coronavirus era would also have contributed.

COVID’s impact on scheduling was likely also a factor — but probably to a lesser extent — in last month’s 6.4% decline from June 2021, which occurred even though the 14 mobile and 18 retail betting sites represented one more source of online sports betting and three more physical locations to place a bet than the year before.

That’s because in 2020-2021, both the NBA and NHL started and finished their seasons later than is customary. Both leagues had full playoff schedules in June 2021 that would have attracted heavy betting action, whereas this June their playoffs would have been winding down to final series, as is customary.

Still, among other major sports betting states that have reported June handle, Michigan, Indiana, and Tennessee all saw increases in June 2022 from June 2021, unlike Pennsylvania. Those are all states that legalized later than Pennsylvania and may still be experiencing natural growth from maturation.

New Jersey, meanwhile, suffered an even greater decline in betting volume of 17.4% between June 2021 and June 2022, although with New York’s launch of online betting this year, the Garden State has the element of losing the share of handle that formerly came from many New Yorkers who crossed state lines to wager via smartphone.

As in dozens of other states that have adopted legal sports betting since a U.S. Supreme Court decision in May 2018 made doing so possible, wagering has tended to go up — sometimes dramatically — in looking at the most recent volume for a given month compared with a year earlier.

That is both because in Pennsylvania and many states the number of betting sites increases over time instead of remaining static, and because the population gradually becomes more familiar with the change in sports betting’s legal status and comfortable adding it to their array of activities.

While betting activity in comparable months declined from a year earlier in August 2021 and June 2022, it increased at least 10% every other month and far more than that in some of them.

The fall and winter months always generate more betting activity than spring and summer due to the popularity of football and basketball betting, so the fact that June’s volume of $393.5 million was $100 million less than in May and the smallest since last August was no big surprise. The fact that it couldn’t keep pace with June 2021, however, stood out.

Decline in June revenue was even worse

It wasn’t just the overall betting volume that would have disappointed sportsbooks, it was how much money they made from it.

Their collective gross revenue last month was $22.9 million, only a little more than half the $42.5 million won from bettors in June 2021. Their taxable, adjusted revenue after deductions for promotional credits was $12.8 million, an even bigger gap from the $34.2 million a year earlier.

Such month-to-month variables in revenue are typical in the industry, however, as the loss rate of collective bettors — what is commonly known as the sportsbooks’ hold percentage — varies according to the outcome of major events. The sportsbooks’ statewide hold last month was 4.6% compared to 10.1% in June 2021, while normally the hold averages around 7%.

While bettors might tend to bet less if they are seeing fewer promotional offers from big sportsbook operators like FanDuel, DraftKings, and BetMGM, that wouldn’t have been the case last month. The statewide total of promotional credits from the books amounted to $10.1 million, which was $1.8 million more than in June 2021.

Aside from whatever impact occurred from the year-to-year differences in NBA and NHL scheduling, it leaves one to wonder if the economic difficulties accompanying high inflation rates has begun influencing how much Pennsylvanians are willing to risk on sports betting. There was already a hint of a slowdown in betting activity in May, when the $493.4 million in handle was up only 10.3% over May 2021. On the other hand, the state’s level of $102.9 million in iCasino revenue last month was 15.7% higher than a year ago, even if it was down somewhat from May’s level.

The other possibility rather than inflation factors — although it will take more months of results to bear out — is that the level of Pennsylvanians’ interest in sports betting has simply plateaued and will no longer increase as in the earlier history of the nascent industry.

One aspect that could counter that and generate more betting handle is the pending addition of two more online sportsbooks on top of the 14 that have existed since PointsBet Sportsbook PA became the most recent to launch in February. Fubo Gaming has a partnership with Cordish Gaming Group that will enable it to launch at some point in affiliation with the Live! Pittsburgh casino, and Bally Bet is expected to arrive in the future in connection with the mini-casino in which Bally’s Corp. is partnering in the State College area.

With online/mobile betting representing 92% of the dollars wagered legally on sports in Pennsylvania, the addition of two more sites — even if they will be far from the biggest — will almost certainly give another boost to monthly handle figures before long.

But it’s also probable the state won’t routinely see the likes of 25% to 50% increases in monthly handle anymore from the year prior. 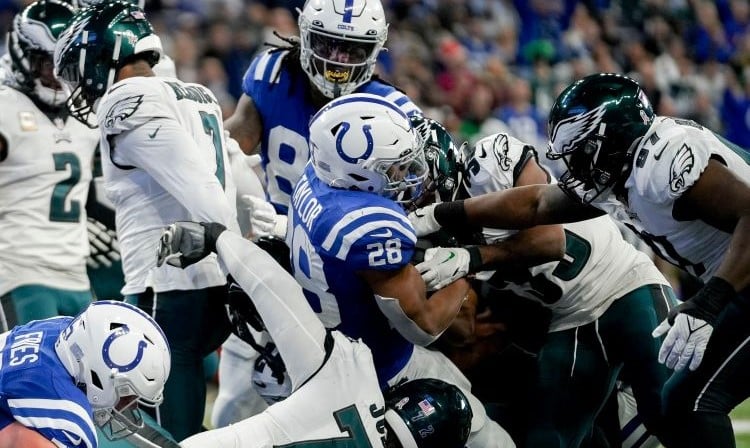