Sixers Are Underdogs At Home Against Heat 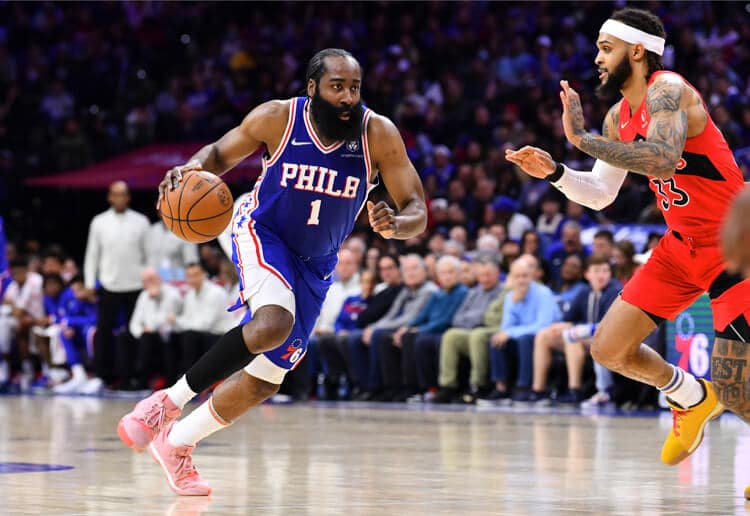 What’s been the most talked about team in the NBA this season? The Philadelphia 76ers are certainly right up there, with the Ben Simmons holdout drama giving way to a major intra-division trade that fetched another mercurial All-Star in James Harden.

By trading for Harden, the Sixers shoved all of their chips — including key contributors Seth Curry and Andre Drummond — into the center of the table in an effort to win an NBA title during the peak competitive window of center Joel Embiid, currently the consensus favorite (-155 at BetMGM) to claim his first MVP award. Pennsylvania’s mobile sportsbooks aren’t quite sold on the 43-27 Sixers’ chances to win it all, though, making them a consensus fifth pick at 8/1 (+850 at FanDuel), with PointsBet PA ranking them even with the defending champion Milwaukee Bucks at 7/1.

Joel Embiid wishes he got to celebrate his birthday with his family.

Nipping at their heels (10/1 consensus odds to win the NBA title) are the 47-24 Miami Heat, whom the Sixers — and every other Eastern Conference team — are currently looking up at in the standings. The Heat, who play in the relatively quaint Southeast Division, might be the league’e least discussed elite team — and are everything the Sixers aren’t.

While the Sixers are supremely top heavy, the Heat are the NBA’s deepest squad, surviving long stretches without their best players — including ex-Sixer Jimmy Butler — by finding and developing diamonds in the rough like Max Strus, Gabe Vincent, and Omer Yurtseven.

With former All-Star Victor Oladipo still playing his way back into shape after missing the first three-quarters of the season with a quadriceps injury, Miami’s “problem” may be that it has too many capable contributors pining for playing time, which sure beats having to give minutes to Georges Niang or Furkan Korkmaz. And while Philly head coach Doc Rivers’ rigid rotations have been criticized through the years, Heat helmsman Erik Spoelstra is among the league’s most flexible in-game decision-makers.

The Sixers fell to third place in the Eastern Conference standings after blowing a 5-point lead to start the fourth quarter in a deflating home loss Sunday night to the resilient Toronto Raptors, winners of six straight road games. While second-year wunderkind Tyrese Maxey had a nice outing (19 points on 8-14 shooting), Embiid (21 point on 6-20 shooting from the field), Harden (17 points on 5-12 shooting), and Tobias Harris (5 points on 2-9 shooting) did not, combining to go 0-11 from 3-point range.

With Monday night’s tilt with Miami marking the tail end of a back-to-back set at Wells Fargo Center, Embiid is listed as questionable with back soreness, as the Sixers are placing a premium on the preservation of their star big man’s frame over short-term dividends. That helps explain why Philly is a consensus 1.5-point underdog at home against the Heat. PointsBet has the spread at 2 points, while DraftKings is offering reduced juice on the Sixers at +105.

New to sports betting in Pennsylvania? Why not try the exclusive PointsBet PA promo code.