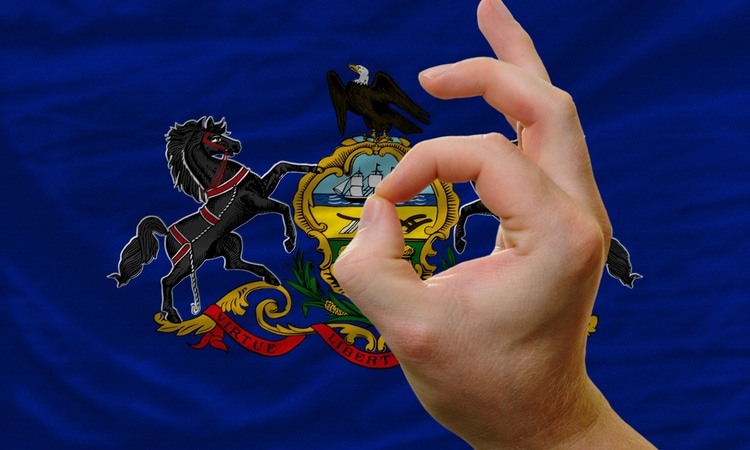 The Pennsylvania Gaming Control Board on Wednesday fined three casinos for violations of regulations, gave a green light for opening of a mini-casino in Berks County and an OTB race and sportsbook in Chester County, approved two casinos’ plans to reduce their number of slot machines, and heard one casino outline an intensified program to prevent gamblers from leaving children unattended.

Those all came at an unusually busy nearly four-hour monthly meeting of the seven-member board, which oversees the 15 casinos in the state as well as sports betting, online casino gambling, and other commercial gaming activity.

In addition to its various votes, the board got a preview from Executive Director Kevin O’Toole of Pennsylvania’s October revenue report that is to be fully publicized next week.

He said that October represented a record $89 million month for table games revenue at the brick-and-mortar casinos, while their slots revenue was also solid by exceeding $200 million. O’Toole allowed that the new figures come with 15 casinos now in operation, when for most of the state’s casino history it only had 12. He stressed there’s strong evidence, however, that the operators’ retail venues are on solid footing, even with the abundant choices that gamblers now have for online play.

“It’s encouraging to see these figures, because they do reflect there appears to be a true economic recovery benefiting both the casinos and the commonwealth of Pennsylvania,” O’Toole said. In excess of 40% of operators’ retail gaming revenue ends up siphoned as state and local tax receipts.

The board imposed a total of four fines amounting to $150,000 against three different casinos for various violations relating to underage patrons, health protocols, and lax procedures protecting funds belonging to the casino.

Known formally as consent agreements in which the casinos acknowledge the violation, the board approved the following:

The next mini-casino is around the corner in Berks

Penn National received the go-ahead for its plan for 30 table games at Hollywood Casino Morgantown to accompany the 750 slot machines that will be in place there, along with a sportsbook and food and dining options. The state’s newest mini-casino is expected to open in December, although the company has yet to announce a date.

Penn National representatives said the process of hiring 130 team members who will be involved in running the table games — through job fairs and incentive offers and other means — has been “challenging,” but has not presented an impediment to plans for opening.

“We feel we’re in a really good place and confident,” said Marc Guastella, who will be general manager at the Morgantown location, where construction has been taking place for the past year on formerly undeveloped property near a Pennsylvania Turnpike interchange. Penn National opened its similar Hollywood Casino York satellite property in August, to positive results thus far.

The gaming board echoed a prior approval Parx Casino received from the Pennsylvania Horse Racing Commission for its new Parx Race and Sportsbook at Malvern.

Parx, which has one other location combining a sportsbook and OTB parlor in South Philadelphia, is collaborating on the new location with the Chickie’s & Pete’s restaurant chain. The operation essentially will replace the Oaks OTB and sportsbook that was closed by Parx in 2020.

Joe Wilson, chief operating officer for racing operations at Parx, explained that there were formerly nearly two dozen OTB sites connected to the various tracks in Pennsylvania, but they used a model that faded from profitability, so now just three remain.

The combination of the popular restaurant franchise with the sportsbook and OTB race book is expected to bring in patrons with combined interests in food, beverages, and betting, while avoiding the unused space and stand-alone costs that aren’t sustainable for OTBs anymore.

The race and sportsbook will be in its own section separate from the restaurant, with a security guard stationed to check IDs and keep out underage bettors. There will be four teller windows and four self-service kiosks, with a goal of opening in December, Parx representatives said.

The latter location, in Washington County, will be reduced by a maximum of 317 slots to 2,006, and the gaming floor of the original Hollywood Casino in Dauphin County will now be reduced by 191 allowed machines to 1,736.

Other operators have obtained similar approvals in the state this year, and Penn National officials echoed them in explaining that in reopening after COVID-19 shutdowns, they discovered they could make essentially as much revenue while providing fewer machines, reducing overhead costs, and spacing out the floor better for customers’ health and comfort. They also said competition from gray-market “skill games” in bars and convenience stores has been a factor for them.

Like others who have been before the board previously from Harrah’s and Mount Airy Casino Resort, Penn National officials assured the board that the cutbacks would result in no loss of overall revenue or of jobs and staffing.

The board heard, meanwhile, from Valley Forge Casino Resort and its owner, Boyd Gaming Corp., on a disturbing topic that has been a focal point for the PGCB in recent years: the instances of casino patrons leaving unattended children in cars.

The board has placed 131 individuals on its involuntary exclusion list for such incidents, including two that were added Wednesday, and it has been nudging casinos to take more effective, proactive approaches to preventing such occurrences.

Valley Forge was the first to make any kind of public presentation to the board on its response, outlining a six-part plan that includes increased signage, employee training on the topic, a private security service hired to patrol its parking areas, and installation of infrared surveillance cameras that can see into cars, spotting any unattended children that have been left in them.

Board members and staff commended Valley Forge for the steps it has taken, citing it as a model other casinos should consider emulating.

Adrian King, an attorney for Valley Forge, likewise credited the PGCB for bringing the issue to the forefront and working cooperatively with the casino to try to prevent any future harm to children.

“We can never prevent human stupidity — it seems to constantly occur — but we can attempt to mitigate it … and ensure dumb decisions don’t become tragic ones,” King said.