On The Heels Of Last Year’s Boom, PA Gaming Industry Looks To Get Bigger In 2022 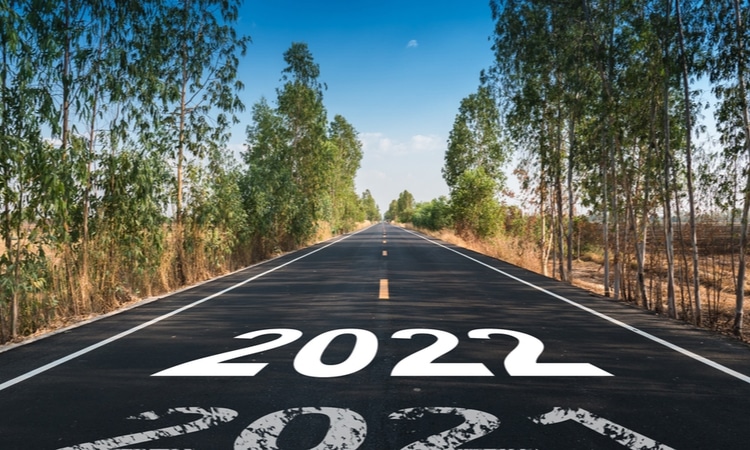 The new year arrives for Pennsylvania’s gaming industry with expansion in the works to build upon a 2021 foundation that represented the most successful year by far for operators and the state’s treasury.

There are more mini-casinos, more online sportsbooks, and more iCasinos coming, though it’s not clear exactly when. But when they do, they can be expected to make this next year one that surpasses the more than $4.7 billion totaled from all commercial gambling enterprises in 2021, when gaming revenue was already $1.3 billion higher than any prior year.

From that $4.7 billion, some $1.9 billion would have been directed to state and local governments — more than legalized gambling delivers in any other state. A potential $5 billion year in 2022 would further boost tax revenue, as about 41% of the operators’ gaming win, on average, is siphoned to governments.

The only caveat about the future is the possibility of there being any further industry shutdowns like those in 2020 tied to the COVID pandemic, although Pennsylvania’s embrace of online gambling enables it to weather such a setback better than most states.

What follows is an overview of what might be different by the end of 2022 from where things stand in the first week of the year in the way of gaming options for Pennsylvanians.

With the opening of the Hollywood Casino Morgantown mini-casino by Penn National Gaming on Dec. 22, the state is up to 16 casinos of one size or another. That includes two others that opened during 2021 — Live! Philadelphia in January and Hollywood Casino York as another mini-casino in August.

There are supposed to be two more mini-casinos, one by Parx Casino in Shippensburg, Cumberland County, and one by a partnership of private investor Ira Lubert and Bally’s Corp. on the outskirts of State College. It appeared in mid-2021, when public input hearings were held for both projects in their host communities, that both might come to fruition sometime in 2022. That timetable is now uncertain, however.

The full licensing process for each will only be completed — enabling their construction to proceed — upon a second public hearing and formal vote conducted by the Pennsylvania Gaming Control Board at one of its monthly meetings in Harrisburg. There is no indication as yet from the regulator on when it will conduct those hearings and votes.

Officials spearheading the State College project, which would occupy space at a former Macy’s at Nittany Mall, indicated at the local public hearing in August that they expected it would take about a year to open after receiving PGCB approval. It would be reasonable to expect the same of the Parx mini-casino planned at a former Lowe’s store.

So there’s a good chance that future casino openings in Pennsylvania will be pushed into 2023. The 2022 brick-and-mortar casino revenue should easily exceed 2021’s level of about $3.2 billion even without them, however.

That’s because there will be a full year of revenue from the three casinos that were open for less than a full year in 2021. In addition, all of the casinos operating in the first half of 2021 were hampered by numerous COVID-related restrictions.

In recent months, the casinos have collectively been earning slots and table games revenue about on a par with the levels in 2019 and other pre-pandemic years. The statewide revenue numbers produced in coming months could be expected to exceed, instead of simply match, those from prior years.

Online and retail sportsbook expansion ahead

The state now has 13 online and 17 retail sportsbooks. As of end of November, before Hollywood Casino Morgantown’s retail sportsbook opened, the books had taken $5.8 billion in wagers during the year and generated $321 million in taxable revenue.

That revenue number was greatly boosted by the record $63.7 million that was taxable (the amount after deductions for promotional credits given to bettors) in November. Once December’s numbers are added in a revenue report to be released by the gaming board in mid-January, the total handle for 2021 will be somewhere above $6 billion and revenue most likely above $350 million.

Supplementing those numbers soon will be a new sportsbook/OTB operation that Parx is expected to open this month near Malvern, Chester County, as part of a partnership with the Chickie’s & Pete’s restaurant chain. It will be the fifth OTB combination race and sportsbook in the state, including the two opened last year at the new Penn National mini-casinos in York and Berks counties.

In addition, the Australian-based PointsBet online sportsbook is hoping to enter the state soon, under a partnership agreement it reached with Penn National to use that company’s Hollywood Casino York sportsbook license. As with most sportsbooks, it would have interest in opening by the Super Bowl in February, if possible, to take advantage of heavy betting on that game.

Final approval is needed from the gaming board before PointsBet can begin operations in Pennsylvania. That is true as well of two other online sportsbook operators awaiting licensing: Fubo Gaming, which has an agreement to use the Live! Pittsburgh sportsbook license of The Cordish Companies, and Bally Bet, by using the sportsbook license of the future mini-casino in Centre County.

All told, it is possible that by year’s end the state could have 16 online sportsbooks instead of the present 13. None of the newcomers would be expected to match the big four of FanDuel, DraftKings, BetMGM, and Barstool, which collectively handle 85% of the betting volume in the state. Nonetheless, they would almost certainly help push handle and revenue numbers in 2022 to new annual highs.

The state now has 17 online casinos, with Betway in June becoming the most recent to launch its iCasino as well as sportsbook. The iCasinos’ combined revenue by end of November already exceeded $1 billion, and December’s pending revenue report is likely to add another $90 million or more to that.

Expect the revenue and number of operators to be still higher in 2022.

Announcements were made during 2021 by both the PlayUp and MaximBet brands that they would be pursuing Pennsylvania licenses, made possible for both by partnership agreements with Caesars Entertainment and its Harrah’s Philadelphia casino. Neither brand has announced an anticipated launch date.

In addition, Canadian-based NSUS Group obtained PGCB licensing approval last February for its GGPoker site, although there has been no public sign of it preparing to begin operations in the state. NSUS/GGPoker would need a partnership agreement with a brick-and-mortar casino operator before it could begin.

The state expanded during 2021 from one online poker operator, PokerStars, to additional options through WSOP and the affiliated BetMGM and Borgata poker sites. Those additions haven’t done much to create more iPoker play in Pennsylvania, however, as statewide monthly revenue has consistently been below $3 million with and without the newcomers.

The one thing with potential to change that sometime during 2022 would be if Pennsylvania joined Michigan, New Jersey, and other states in a multi-state poker compact broadening the number of tournaments, cash games, and potential player profits from the additional volume involved. As of yet, there’s no sign such a compact including Pennsylvania is imminent.

And 2022 holds one other big if for the gaming industry: the possibility of either a Commonwealth Court ruling or legislative action that will clarify whether the ubiquitous “skill game” machines played for money in numerous bars, clubs, and other outlets around the state are either legal or illegal. The issue was widely discussed in 2021 as one to be addressed, but with no action taken, and the new year could bring a big change for casinos that criticize the unregulated competition.